You are here: Home / Theology / Evangelical annihilationism / A Resurrection of the Wicked 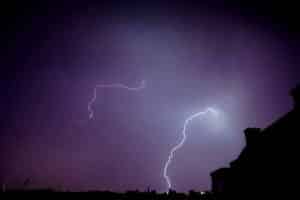 There will be a resurrection of the wicked. They will be raised to face judgement. Daniel says, “Multitudes who sleep in the dust of the earth shall awake: some to everlasting life, others to shame and everlasting contempt” (Dan. 12:2). Paul said, ” there will be a resurrection of both the righteous and the wicked.” (Acts 24:15) Paul is saying nothing more or less than what Jesus said, that is that those who have done good will rise to live and those who have done evil will rise to be condemned (John 5:29).

So far this is not controversial. The problem is that the nature of that “condemnation” has not been defined biblically in traditional Christianity. The Bible says that the final fate of the wicked will be complete destruction. They will in fact die a second death (Rev. 2:11, 20:14)

Further clarity is achieving in reaching a biblical definition of the fate of the wicked when we realise that Malachi says, the wicked will be ashes under the soles of your feet  and that the oft mentioned undying worm and unquenchable fire do not torment lost souls, but consume the corpses of the wicked (Look at Isa. 66:24 then Mark 9:48 not the other way around).