You are here: Home / Theology / Evangelical annihilationism / As In The Days of Noah 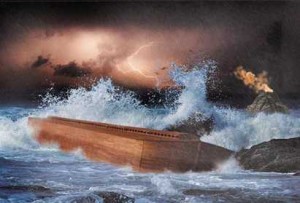 As In The Days of Noah
The Bible uses both the Flood in Noah’s day and the destruction of Sodom and Gomorrah to illustrate the coming judgment. Jesus said, “For in the days before the flood, people were eating and drinking, marrying and giving in marriage, up to the day Noah entered the ark; and they knew nothing about what would happen until the flood came and took them all away. That is how it will be at the coming of the Son of Man.” (Matthew 24:38-39). The flood drowned the wicked. What ever torment may have accompanied their drowning the end result of the Flood was death not life in torment.