You are here: Home / Theology / Evangelical annihilationism / The Second Death 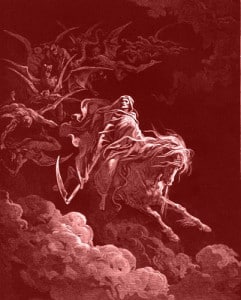 In thinking about the second death consider the following:

Were the Old Testament sacrifices a picture of God’s wrath against sin? And were the sacrifices tormented or killed?

Does the Law reveal God’s standard of justice? There are many crimes in the Law for which the punishment is death, are there any crimes for which the penalty is perpetual imprisonment under torture?

If the penalty of sin is eternal conscious torment where is this first spelled out in Scripture? If it is not clearly spelled out right from the beginning how does this reflect upon the justice of God?

Sober reflection will lead one to the conclusion that the penalty for sin was only ever death as shown by the fate of the sacrifices, by the fact that the death penalty was the most extreme punishment and by the fact that the Bible does not from the very beginning put forth the idea of a life in perpetual torment as the penalty for sin. The question of eternal destiny is indeed a question of life or death.