You are here: Home / Theology / Body and Soul / Is Death Better By Far? 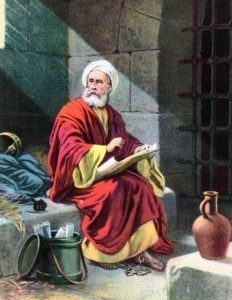 Does Paul’s desire “to depart and to be with Christ” show us that the believer goes immediately to “heaven” at death and thus that death is “better by far” than life? No way!
Once again we must ask, on the subject of the afterlife why was it that the only comfort Paul offered the Thessalonian Church was that the dead in Christ would be resurrected when Jesus comes again? (1Thess. 4:13-18). Likewise, in 1Corinthians 15, if Paul believed that the departed go straight to heavenly bliss why does he put forward no hope other than that of the resurrection?
Looking at Philippians 1:20-24 in context, we note the following:

Paul speaks not of his “soul” departing but of his whole self. His use of the term, “depart”, suggests a journey in which the beginning is death and the end is being with Christ. It is this end which is “better by far.”

This should be our aim too!