You are here: Home / Theology / Exploring Conditional Immortality / Immortality of the soul | Doctrine of a Future Life by C F Hudson

an extract from C. F. Hudson, ” Doctrine of a Future Life.”

DEPARTURE OF THE SOUL. 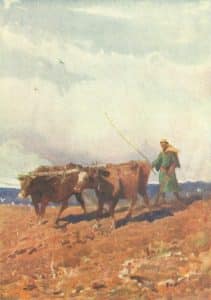 To prove the disembodied state of men after death, or the existence of spirit-men independent of the body, we are often referred to the following statements: “As her soul was in departing” (Gen. xxxv. 18), and” Let this child’s soul come into him again” (1 Kings xvii. 21)_ We fully believe that the life, sometimes called soul, leaves man at death, but that is not a personality. The original term nephesh, rendered soul in these texts, is also translated’ life and lives by the same translators no less than one hundred and twenty times in the Old Testament scriptures; and the same term is as really applied to beasts as to men, as in the following texts: “In whose hand is) he soul (nephesh-life) of every living thing,” -Job xii. 10. ” A righteous man regardeth the life (nephesh-soul) of his beast.”-Prov. xii. 10.

If nephesh does not signify a personality within when applied to beasts, why claim that it does when applied to man? We deny that the term ever signifies a personality within man or beast. ” As her life was in departing”; “Let this child’s lffe come into him again,” is the obvious import of these texts, though the present translation is not objectionable when we remember that life is one of the meanings of the term soul.

IS THE IMMORTALITY OF THE SOUL ASSUMED IN THE BIBLE?

What is the” everlasting life” revealed to mankind in the Gospel? And what is the” death” from which that life is an eternal salvation? Here, at the threshold of this discussion, we are told that the soul’s immortality is assumed in the Bible, and that all the language of Scripture must be understood accordingly. The” immortality of the soul,” ‘says Archbishop Tillotson, “is rather supposed or taken for granted, than expressly revealed in the Bible.”

The silence of the Scriptures respecting man’s natural immortality is commonly admitted. It is an acknowledged fact that such immortality is nowhere in the Bible stated, mentioned, spoken of, or alluded to, in proper terms. It never appears as a plastic element, in the language of the scriptures. Neither such expressions as ” to live for ever,” ” to exist for ever,” “never to die,” “to be immortal,” nor any equivalent expressions, are ever applied to the nature of the soul, or to the destiny of the lost. They are only applied to the destiny of the righteous. Our business is with the common view, that the immortality in question is silently assumed and taken for granted in the volume of Revelation.

What are the facts? The divine existence is named and alluded to, and involved in various forms of speech, continually. It stands out in bold relief on almost every page of the Bible. It meets the reader at every turn. The doctrine of God’s existence is the apple of gold in the picture of silver. It is the Mountain of Light that illumines the volume. It is the central truth, that makes the Bible a Discourse of God – the Word of God. It is the Shekinah that imparts sacredness to the Book, so that even sceptics have approached it with awe, as standing on holy ground. And lest this one great truth should weary the devout reader with monotony, it appears in endlessly-varying forms, in manifold names of the Divine Being and of His glorious attributes. And to arrest the attention and invite the study of reluctant men, the Bible yields a thousand expressions of the power, wisdom, and goodness of God. If we strike out from the record all those passages which tell of His being and His works, we reduce the dimensions of the volume almost by half, we make it a book without sense or meaning, we exchange its radiant light for midnight darkness.

But if we expunge from the same book all those passages in which the immortality of the soul is mentioned or expressly assumed, we leave the volume unchanged; it remains as it was. It might have been written just as we have it, and the Revelation would have been just as complete as it is, if the sacred writers had conspired, with uniform consent, to avoid all reference or allusion to that form of doctrine which is sometimes called one of the two cardinal truths of all religion.

Whence this contrast in the Scriptural treatment of these ideas? Will it be said that the immortality of the soul is sufficiently clear to man’s unaided reason? But that important truth: ought to be sufficiently clear to human reason, which need not be named in a Revelation. And if we suppose the more obvious truth to be named less frequently because more obvious, then the soul’s immortality should be a thousandfold clearer than the existence of God, nay, clearer beyond all comparison, as any large number is incomparably greater than zero.

That the soul’s immortality is so clear past all shadow or dream of doubt, will hardly be claimed. But granting, for argument’s sake, that it is too clear to need explicit mention in the Bible, we only encounter a new difficulty. The Revelation which God should make to man is of necessity given in man’s language,-not only in the single words of human language, but also in the current phrases and forms of human speech, so far as these are not false, or such as should be corrected or modified by the Revelation. But if the soul’s immortality were so marvellously clear a postulate of human reason, it must be a most cherished sentiment, and must give rise to many common expressions-household words of natural theology. In fact, whenever and wherever this doctrine has obtained, it has created various modes of expression that reveal the sentiment. Why, then, are these expressions altogether avoided or ignored in the Bible? Why should the Holy Spirit-so ready to catch the language of the mortals who were to be taught the way of life-have failed to conform to their style of thought in this most important item of their own immortal nature? Why, if God has told men that they must enjoy or suffer for ever, has He never urged His invitation or His warning in the name of the immortality He has given them? Such a gift, surely, would be pre-eminently worthy of mention, to those who think and say so much of their supposed possession of the boon. Did He not desire them to be grateful for that which would so liken them to Himself?

Such are our difficulties, on the supposition that the soul’s immortality is too clear to need mention in a Revelation. We meet only a new difficulty when we turn to facts, and consider the anxious doubts of men for thousands of years on this very subject. Because man was made for immortality, we find in the ruins of his fallen nature, through all history, some sentiment of the birthright he had lost. He finds himself subject to death; but he also finds, or thinks he finds, some remnant within him of that which is too good to die. Hence that Question of Ages, “If a man die, shall he live again?” But when this question came to be answered, and life and immortality were brought to light by One Who did gain a signal victory over death, there was not a word uttered of that immortal nature respecting which there had been so much talk. He Who had the ” words of eternal Iife ” never said that all men were to live, or to exist, for ever. He never spoke of the life which He came to give, as an attribute or quality of some other essential life which they already possessed.

It becomes, then, at least a fair question, whether the “taking for granted” of man’s immortality is not extra-Scriptural,-an assumption out of the Bible, and foreign to it.-C. F. Hudson, ” Doctrine of a Future Life.”