Our Resurrection is an essential part of the gospel. You have not heard the whole gospel if the message you have heard fails to include the next you.

Law enforcement officers in this age of expanding technology have a number of new tools. Among the most intriguing are age advancement photography programs. Using these programs, one can alter a photograph of someone, and produce a photo of what that someone would look like years later. For example, photos of children who were abducted years ago can now be altered so that the public can see what they would look like today. Many lost children have been found due to this important tool.

Christian believers are also interested in what we will look like in the future, especially the post resurrection future. One of our favourite places to look for snapshots of our post-resurrection selves is 1 Corinthians 15.1 Here, the apostle Paul gives the Corinthian believers some insights into God’s plan for their resurrection. Paul does not do this simply to indulge their curiosity. This doctrinal section is intended to bolster the practical applications he seeks in his letter.

I. THE NEXT YOU IS GUARANTEED. IT IS BASED UPON HISTORICAL FACTS.
The evidence for the next you includes these verifiable facts:

2) The apostolic witness through preaching (12-15) {and, by extension, all those who have spent their lives preaching the gospel since the apostles};

3) The faith of Christians throughout the ages and the changed lives that faith has produced (17-19);

4) The commitment to Christ demonstrated by those who have been baptised (29)2; 5) The commitment to Christ demonstrated by those who have suffered in ministry (30-32).
Paul’s argument is that every aspect of the Christian faith and life points toward the next you. Every breath you take in this life, every word you say, everything you do, is a precursor to that permanent expression of you-ness in the next life. Rather than implying that this life is meaningless compared to the next, Paul implies the opposite. This life is important because it sets the stage for the main event throughout eternity. The next you will validate the significance of the present you. The present you is an investment in the future you.

II. THE NEXT YOU IS INTENDED BY GOD, AND WILL HAPPEN ACCORDING TO HIS TIMETABLE.
Paul uses the analogy of a harvest to explain the chronological order of the resurrection. The sequence of God’s resurrection/harvest is:

2) those who belong to Christ (the dead resurrected, then the living transformed and raptured) (51-52);

3) the millennial reign (25-26) during which all of Christ’s enemies will be destroyed; 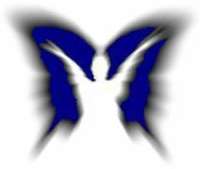 The resurrection, then, should not be just a minor blip on our theological radar screens. It belongs to those events by which God is shaping the destiny of his universe. In his providence, the next you is just as important as creation, the exodus, the incarnation, the cross, or Christ’s resurrection. Seen in that light, your existence today takes on new significance. You may think of yourself as caterpillar-like, but God has planned your butterfly-hood!

III. THE NEXT YOU IS NOT SIMPLY A RESUSCITATION OF YOUR BODY. YOU WILL BE THE SAME PERSON, BUT WITH A NEW GLORIOUS IMMORTAL NATURE.

Paul’s argument is that the next you will be the same you – only different. The seed and plant analogy assures that you will be the same person (37). The resurrection is not a re-creation, starting over with all-new materials (and hopefully getting it right this time). No, the seed and plant analogy speaks of a continuation of a life with which God originally intended to bless his universe forever. Sin entered your life and corrupted it, making it necessary for you to die. But God loves you too much to let that be the last note of your song.
The resurrected you will be the same you, purged of all those things that cannot abide eternal existence, and transformed into something extraordinary. The different flesh/ splendour analogies assure that your nature will be different (39-41). The next you will be as different from the present you as humans are different from animals. The difference will be as pronounced as the difference between celestial and terrestrial bodies.
The Adam/Christ analogy explains the essence of that transformation. Your new nature will “bear the likeness” of Jesus Christ! (49). All those inherited predispositions and character flaws and physical defects which identified you with your ancestors Adam and Eve will have been replaced. The stuff that the next you will be made of is described as “from heaven” (49) and “imperishable” (50).

IV. THE NEXT YOU IS NOT JUST AN ADDED BONUS TO YOUR SALVATION, IT IS ABSOLUTELY ESSENTIAL.
Paul describes your present state: “of the dust of the earth” (46), perishable (50), mortal (53). That is not what God wanted. Satan has intervened and tricked humanity into the rebellion that has resulted in the present mortal state. God cannot endure that forever. He plans to purge his universe of the disease that humanity has become, so that it can once again be pronounced “very good.”
Your future state is imperishable and immortal. The next you is more than just a revived you. The next you will be you as God intended you to be. By his death on Calvary’s cross, Christ won the battle which has made the next you possible, but you have not yet received all the spoils of the victory personally.
Paul described his resurrection chapter as essentially the gospel message that he preached (1-2). It is right for believers to emphasise the benefits we already have because of the death of Christ: forgiveness of sins, permission to approach God in prayer, guidance from the indwelling Holy Spirit, etc. But let us never forget that the gospel is not complete if it stops there. You have not heard the whole gospel if the message you have heard fails to include the next you.

Notes:
1 Unless otherwise stated, all Bible references are from 1 Corinthians, ESV.
2 Note that the baptism Paul mentions here is not some kind of ritual proxy baptism. He is referring to those who become believing Christians and then are baptised at the prompting of evangelists like John the Baptist and others. Since John and many other Christian evangelists had already died, those they baptised have been baptised for (at the prompting of) the dead. Paul’s point is that since there will be a resurrection, those baptisms do matter.

Part of this essay was used as the basis for the sermon at David Burge’s funeral: