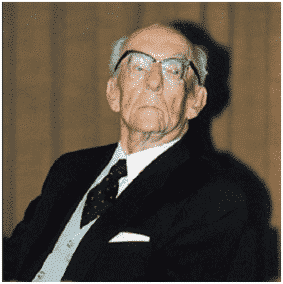 Dr. Oscar Cullman was a  famous 20th Century New Testament scholar who held a conditionalist view of the nature of man.

Born in 1902 in Strasbourg, Dr. Cullmann was a Lutheran scholar in New Testament and Early Christianity at the University of Strasbourg (1930-1938) and Basel (1938-1972) and at the same time in Paris. He was invited as an observer by Cardinal Beas to the Second Vatican Council (1963-1965). Cullmann has published on New Testament Exegesis, Systematic Theology and Ecumenism. He debated with famous theologians like  Albert Schweitzer, Rudolf Bultmann and Karl Barth. In Christ et le Temps (1947) he defended the position that the New Testament only refers to ‘linear time’ — yesterday, today and tomorrow;  and that any Philosophy that tries to mix other Metaphysical concepts of time cannot be found in the New Testament. This position led him to write an article on “Immortality of the Soul or Resurrection of the Dead?”1

This article defended the conditionalist position from an academic point of view. As a much respected scholar in Europe, Cullmann taught that the minority can be right on this issue.

“This remarkable agreement (among his opponents) seems to me to show how widespread is the mistake of attributing to primitive Christianity the Greek belief in the immortality of the soul.”

Cullmann’s article presented death as the wages of sin, and the last enemy. It  presented Christ as the First-Born from the dead, and it presented the dead as those who sleep.  This article led to deep controversy in some protestant Reformed denominations (for example in the Netherlands). The article was an unexpected support  from the academic world for those Christian denominations that hold the doctrine of conditional immortality. These include Seventh-Day Adventists, Advent Christians,  and The Churches of Christ, Life and Advent. Oscar Cullmann became doctor Honoris causa at the Universities of Lausanne, Manchester, Ediburgh, Lund and Debrecen. In 1972 he was elected member of the Académie des Siences morales et politque. He died in 1999. We give tribute to an outstanding conditionalist theologian.

Rev. Christian Bultinck is a full time prison chaplain and pastor in the United Protestant Church in Belgium. His church is a member church of the World Methodist Council and the World Council of Reformed Churches. Christian is a conditionalist since his conversion to Christ at age 21. He is very attached to the Methodist heritage. He is married to Viviane and they have two boys Nathan and Ruben.