You are here: Home / Theology / Exploring Conditional Immortality / The Stars and the Future by Jefferson Vann 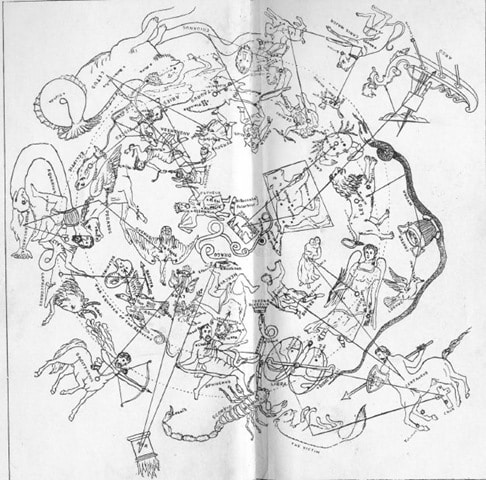 Reading George Aldridge’s The Star Evangel one cannot help but get caught up in the majesty of the idea. Aldridge suggests that the ancient people on the earth before Noah’s flood had an Evangel (a gospel message) of their own. It was not written on paper. It consisted of symbols that one could see in the patterns of stars in the night sky.

Those patterns (according to Aldridge) speak of our future, but not of a person’s individual future (as a horoscope claims). No, those patterns speak of God’s plan for the future of humanity. Aldridge sees in those ancient symbols a series of events that include:

Redemption of man from the grave.
Judgment to come.
Inheritance and Reward.
The Conflict between good and evil.
The destruction of the Enemy, and of all who are on his side.
The inauguration of the kingdom by the return of the Redeemer.
(Page 159)

What is of special interest to Aldridge is that this message in the stars “should be so prominently occupied with great questions of eschatology” (Page 155). Long before any of these events began to be seen in history, God gave us a peek into what he was going to do about humanity’s problems. The Star Evangel was not so much concerned about what people think or teach as it was whose side they were on.

Aldridge sees in those pictures in the stars a correction to how modern Christians often look at their future. Because the stars do not suggest that our future consists of “a habitation to be forever enjoyed in the heavens, the earth having passed from existence” (Page 156). Instead, our future is about this present universe, redeemed and restored by the LION (Leo) king who returns to rule eternally.

Aldridge also insists that the antediluvian race knew one thing about themselves. Their memory of the “test” that Adam and Eve went through in Eden “yielded the historic knowledge of his mortality” (Page 154). It was this dreadful awareness that created in them the thirst for redemption and restoration. The patterns of the constellations speak of how God intends to bring that restoration about.

Not everyone is ready to believe that our inheritance is written in the stars. But the Bible sings the same tune. Our hope of eternal life is not based on our supposed innate nature, it is based on God’s grace, lived out and died for by his chosen Redeemer-King.

“When Christ who is your life appears, then you also will appear with him in glory” (Col.3:4).

The  book  is available online : The Star Evangel by George Aldridge

The views in this post are not necessarily those of CIANZ.