You are here: Home / Theology / Evangelical annihilationism / WHY SO IMPORTANT? Republished from gracEmail® by Edward Fudge 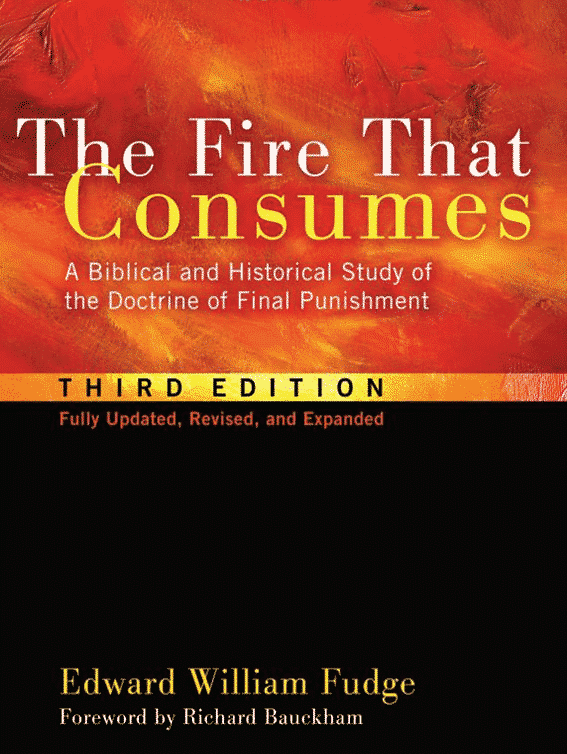 A gracEmail subscriber asks: “Are you fixated on hell?” [No.] “Do you derive pleasure from contemplating the subject?” [None.] “Do you consider this a ‘salvation’ issue?” [Absolutely not!] “Is agreement on this topic necessary for fellowship? [No.] “Why devote so much attention to the topic?” [There are at least two very important reasons.]

First, whoever claims to speak for God is obligated to do so accurately. Scripture is filled with warnings to anyone who abuses this trust or takes it lightly. The subject of final punishment is particularly hazardous because it is inextricably tied to God’s own reputation and character. Undeniably, our natural instincts are unable to discern God’s character and are unfit to judge it. But in this situation, God himself declares his character and challenges us to imitate him. Jesus adds that whoever looks at him sees the Father also. Further, believers are said to possess moral intuition, and they are expected by practice to heighten its sensitivity and usefulness.

We read in John 3:16 that God loved the world so much that he gave his one and only Son, so believers will not perish but have eternal life. In that light, it is fair to ask if that same God now intends to toss billions of those same people into something resembling a lake of volcanic lava, then actively intervene to prevent their demise so they will suffer unspeakable pain forever. If God intends nothing of the kind, could one possibly invent a more scandalous lie with which to besmirch his holy, righteous, loving and just character?

Every day devout, God-fearing believers are studying their Bibles afresh and rejecting the traditional theory of conscious unending torment–including some of the most highly-respected scholars (Richard Bauckham, N. T. Wright), commentators (F. F. Bruce), and preachers (John Stott) in the world.

For an idea why Edward Fudge invites you to read the first 32 pages of The Fire That Consumes. To download this valuable excerpt, go to www.EdwardFudge.com/excerptTFTC3.pdf

From time to time we republish gracEmail (a  free, weekday, e-mail ministry of Edward Fudge.) Gracemail is free to reprint, redistribute or otherwise republish on the condition that gracEmail is giving proper credit and not for financial profit. We would encourage you to visit Edward's website at www.EdwardFudge.com and consider subscribing:  Gracemail. Edward Fudge visited New Zealand in 2000 which afterlife.co.nz had the wonderful privilege of helping to host. Review of the Fire that Consumes. Read Edward Fudge's archives on Afterlife.