You are here: Home / Theology / Evangelical annihilationism / The Rich man and Lazarus and the intermediate state 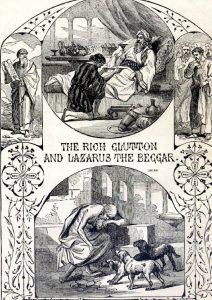 Conditionalists refuse to accept the parable of the Rich Man and Lazarus as definitive teaching on the intermediate state for several reasons, some of which can be seen in the contrast between these texts: