You are here: Home / Theology / Set Free ? The soul after death 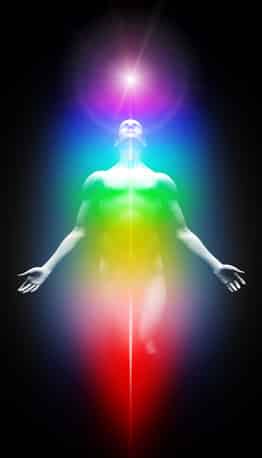 In Plato’s Phaedo, Socrates is in prison, awaiting his execution.  A number of his faithful disciples are gathered around him, discussing his fate.  Socrates seeks to cheer them up by explaining his belief that he will soon be set free from his incarceration.  The prison he expects to be released from is that of his body. Plato uses the dialog between these people to prove his belief that the soul is set free from the prison of the body at death.

“Do we believe that there is such a thing as death?

To be sure, replied Simmias.

So, Socrates could comfort his disciples by assuring them that death would not be a defeat for him.  He could confidently drink the hemlock because it would offer him true freedom – not just a physical release from his body’s bondage, but a greater release – release from the prison of his body itself.

Death to be Feared

The Bible consistently teaches that death is an enemy to be feared,3  rather than a solution to our present problems.  God’s warning to the residents in Eden was “but of the tree of the knowledge of good and evil you shall not eat, for in the day that you eat of it you shall surely die.”4  If death were a good thing, bringing release from the prison of their body, God’s warning would not make sense.

The Bible associates death with darkness, not freedom and light.5  It is pictured as a place void of all awareness, a place where the souls and bodies lie and await the next event – a resurrection and its accompanying judgment.  The dead are described as unconscious of what is going on around them.  This is not freedom.

The term “sleep” is the single most used description of death in the Bible.  It is used in the Old Testament and in the New.  It is used of believers and unbelievers.  It is used of people before the atonement and afterward.

“Consider and answer me, O LORD my God; light up my eyes, lest I sleep the sleep of death”6

“After saying these things, he said to them, “Our friend Lazarus has fallen asleep, but I go to awaken him.”  The disciples said to him, “Lord, if he has fallen asleep, he will recover.”  Now Jesus had spoken of his death, but they thought that he meant taking rest in sleep.  Then Jesus told them plainly, “Lazarus has died”7

“The tombs also were opened. And many bodies of the saints who had fallen asleep were raised”8

“Then he appeared to more than five hundred brothers at one time, most of whom are still alive, though some have fallen asleep.”9

“But in fact Christ has been raised from the dead, the firstfruits of those who have fallen asleep.”10

“For this we declare to you by a word from the Lord, that we who are alive, who are left until the coming of the Lord, will not precede those who have fallen asleep.”11

The image of sleep is especially important as a description of death because it speaks of the reality that death is not permanent.  To die is to sleep, but to be raised is to be awakened. In the interval, people reside in a state of unconsciousness called (in Hebrew) Sheol, and (in Greek) Hades.  In a previous article I wrote on this intermediate state, I concluded:

The biblical hope is not death itself, but rescue from it.  Jesus is the one who has the keys to set people free, and the prison that we are incarcerated in is not our physical body, but death and Hades.

“I died, and behold I am alive forevermore, and I have the keys of Death and Hades.”13

The New Testament consistently presents the hope of believers as their resurrection to full bodily life by Jesus at his return.

“for they cannot die anymore, because they are equal to angels and are sons of God, being sons of the resurrection.”15

“Martha said to him, “I know that he will rise again in the resurrection on the last day.””16

“that by any means possible I may attain the resurrection from the dead.”18

Paul made it clear that his hope was not a disembodied state (being unclothed) but a resurrection to eternal life.

Believers will be set free only at that time.  Until then, we are still suffering the consequences of our ancestors’ sin – we die and return to the dust.20  But Jesus can raise us to life again.  That is the blessed hope: “the appearing of the glory of our great God and Savior Jesus Christ”21  who comes to rescue us from death.

Teaching that death sets people free fails to reflect the Bible in three crucial areas. It is inconsistent with what the Bible says about death,  it contradicts the Bible’s description of the intermediate state, and it detracts from the importance the Bible places on the resurrection.