You are here: Home / Theology / Body and Soul / the body apart from the spirit | spirit in man 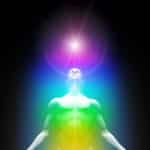 “For as the body apart from the spirit is dead, so also faith apart from works is dead.” James 2:26  ESV

James is the apostle from Missouri, because Missouri is the “show me” State.1  James taught that it is not enough just to claim that you have faith in Christ, you need to prove that faith by your actions.  He asserts this by two means in the last two verses of what we call James chapter two: a reference to Rahab (2:25) and the assertion that a workless faith is as dead as a spiritless body (2:26).

Rahab’s story can be found in Joshua 2.  She was a Canaanite prostitute who (together with all the other inhabitants of Jericho) was afraid of Israel because she knew that the LORD was too powerful for them to resist.  So, she did the only wise thing to do. She changed sides.  She helped the Israelite spies, hid them from their pursuers, and orchestrated their escape.  It was this action that earned Rahab a place among the Israelites, and preserved her and her family.

James uses Rahab as an example of someone who has faith, and acts out that faith by doing something.  He is teaching that a true believer is someone who both has faith and proves it by his actions. James is not teaching that works alone saves.  If he were, he would be in contrast with the teachings of Paul.  What James teaches is that although faith must exist, or there is no salvation, that faith must also produce works, or it is not genuine faith.

Both James and Paul agree that genuine faith is necessary or there is no real salvation.  James is concerned with defining what genuine faith does.  Paul was concerned with the same thing.  He encouraged the Corinthian Christians to test their faith to see if it was genuine.2  He encouraged the Galatians to put to death the deeds of the flesh and produce the fruit of the Spirit.3

Both apostles would agree with this definition:

James uses his “body apart from the spirit” analogy to prove the exact same thing.  He is arguing that “‘faith’ that has no results, or ‘works’ is not real faith at all. It is ‘dead faith’.”4  It is only apparent.  It is a faith which does not really exist.  Another way of saying what both James and Paul teach is:

Faith without works does not exist

Those who teach against conditionalism see much more in this verse.  They see a confirmation of their definition of death as a separation of the mortal body from the (supposed) immortal spirit.  Wiersbe states (based on this verse) that “death takes place when the spirit leaves the body,” but that “death is not the end. It is the beginning of a whole new existence in another world.”5

Likewise, Lahaye argues that, in scripture, “death never refers to the cessation of life, but rather to the separation of something from that to which it belongs.” So, he argues that the second death cannot be destruction, but must imply “separation of a man from God.”6

Both of these interpreters latch on to the idea that death is defined as separation  (“the body apart from the spirit”) and conclude that James implies their view of humanity by what he said about faith.  They conclude that the Greek philosophers were correct in asserting that death is not the cessation of life, but its return to its pure bodiless state.  They conclude that human life continues to exist, and use James’ words to defend that conclusion.

Conditionalists refuse to accept those presuppositions.  Our approach toward understanding this verse involves two studies.  First, we ask ourselves how James represents death, and does his description agree with what had been said about death in prior biblical texts.  James is not describing the mere death of a body, and the continued life of something called the spirit.  He is describing the death of a person.  He says that a person is dead when the body (what you can see) is no longer animated by the spirit (what you cannot see).  By doing so, James is not describing humans as being made up of two parts.  He is merely pointing out the fact that death is real, and that its results can be observed by the living. The living can tell if a dead person’s spirit has ceased to animate his body.

The creation of Adam was described in this way: “then the LORD God formed the man of dust from the ground and breathed into his nostrils the breath of life, and the man became a living creature.”7   Death is described in scripture this way:  “and the dust returns to the earth as it was, and the spirit returns to God who gave it.”8   So, yes, death can be described as separation.  But nowhere in the Bible is this separation described as the continuation of existence.  The separation of the body from the spirit is the separation of the person from life itself.

James’ statement in 2:26 is in complete agreement with this description of death.  It does not require any further speculation about what happens to the spirit after the body is separated from it.  It does not pursue any rabbit trails about the nature of the body in comparison with the spirit.  It simply affirms that death is real, and that a dead body is obviously dead.  This affirmation makes sense because James is talking about the reality of faith – how it can be authenticated by observation, just like a corpse shows that a person is really dead.

After studying the scriptural context, conditionalists then move to a study of the logical argument James is making in his letter. To make James’ words teach that death is not real is to totally destroy the logic of his argument about faith.  He is stating that faith proves its authenticity by producing works and that an inauthentic faith cannot.  True faith produces true works, but false faith cannot.  Rahab could have proclaimed her faith in God, but it would not have saved her if she had not acted on it by protecting the spies.

James’ description of the saved person is:

James’ description of the living person is:

real life = the body animated by the spirit

Once the separation has occurred, life no longer exists, just as once you take away the works, there is no authentic faith. It ceases to exist.

Traditionalist interpreters have taken James’ statement and turned it into something that rejects his premise.  They make James assert that the spirit in man continues to live after the body dies.  James makes no such assertion.  He was concerned to show that a corpse proves that life is not there, just as an inactive profession proves that real faith is not there.

If James believed that a person’s spirit continued to consciously survive the body’s death, his argument would have missed its point.  His words do not affirm anything more about the nature of death that what is revealed in the other scriptures.  Anyone looking for evidence of immortal souls or spirits must read it into James’ words, because he merely states that a body dies. He does not affirm that the spirit is the real person, and that it lives on after death.  If James had made such a statement, it would have defeated the logic of the actual argument he was making.

We conditionalists take a dissenting view from what is popularly believed about questions of life and death.  We do so because we understand that the traditional view is often supported by flagrant misrepresentations of biblical texts like this one.