You are here: Home / Other / Devotional / exchanging this world for heaven 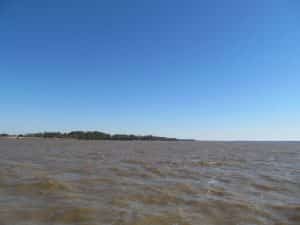 A friend recently posted a quote from Dave Hunt, who said:

Hunt stated in another book:

“The real choice we must and do make – daily, hourly – is between heaven and this earth. … Our attitudes and actions continually reflect our unconscious answer to the question: ‘Am I willing to leave this earth right now for heaven, or is there something that holds me here and thus something on earth which stands between my Lord and me at this moment?’” – When Will Jesus Come, p. 250.

My response to that FB post will be perhaps confusing to my many friends who are not aware of my conditionalist theological position:

There is a difference between setting our affections on things above and setting our hopes on leaving the earth. Hunt and many others of the traditionalist view seek to blur that distinction.  They believe that the hope of the believer is to go somewhere else besides earth and be with God when they die.

This is the Bible’s definition of the blessed hope:

“waiting for our blessed hope, the appearing of the glory of our great God and Savior Jesus Christ” (Titus 2:13 ESV).

You do not conquer something by running away from it, but by doing battle, defeating it, and claiming it for your king.  That is what conquerors do.  They overcome in battle, and claim new territory.  Biblical faith does not urge believers to want to die so that the battle will be over.  Biblical faith challenges believers to take this world back for the king it rightfully belongs to.

When human beings were placed on this earth, God did not say, “It’s OK for a while, but what I really want is for you to be in heaven with me.” No, he looked on the two people in Eden and said that it was very good.  He called on them not to escape the earth but to have dominion over it, to fill it, and to subdue it (Genesis 1:26-28).  He never rescinded that command.

What Jesus promised us was a resurrection on the last day – the day of his return:

“And this is the will of him who sent me, that I should lose nothing of all that he has given me, but raise it up on the last day” (John 6:39 ESV).

“ For this is the will of my Father, that everyone who looks on the Son and believes in him should have eternal life, and I will raise him up on the last day”(John 6:40 ESV).

“No one can come to me unless the Father who sent me draws him. And I will raise him up on the last day” (John 6:44 ESV).

“Whoever feeds on my flesh and drinks my blood has eternal life, and I will raise him up on the last day” (John 6:54 ESV).

Our king Jesus is the only human being who has ascended to heaven right now:

“No one has ascended into heaven except he who descended from heaven, the Son of Man” (John 3:13 ESV).

The only biblical hope is that he will return to take his rightful place on this earth as its king.  It sounds right and biblical to talk about exchanging this world for heaven, but it is neither. The world is looking for answers.  The least we believers can do is get the answers right.