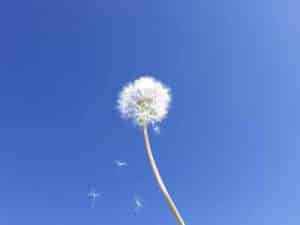 The Stewardship from God

The epistles in the New Testament offer readers a picture of the gospel in missions and church context.  We seldom read them that way, choosing rather to pick a verse here, a paragraph there, and try to apply those isolated texts to our personal lives.  That usually works, though, because God’s word does have implications for our personal lives.  It would be helpful, however, for us to read through an entire epistle every once in a while, and try to figure out its message to the people it was written to.

We conditionalists often quote 1 Timothy 6:16, because it teaches that God’s immortality is exclusive.  That is a great proof-text for our message, because it blows a hole in the concept of innate immortality in humans.  But are we taking that text out of its context?  The only way to answer that question is to actually look at the epistle as a whole.  Once we understand the message of 1 Timothy, we can then see how 6:16 fits within that message.

Ephesus was a major city in the Roman world during the first century, and the church founded there would be a major player in the task of evangelizing that world.  We read about Ephesus in the book of Acts,1 1 Corinthians,2  Ephesians,3  the epistles to Timothy,4  and The Revelation.5  Ephesus was an important city financially for the empire, located on a port at “the greatest harbour in Asia,”6  and serving as an economic centre for the province of Asia Minor. Roman inscriptions from the time of the emperor Claudius indicate that the city had a problem with corrupt leaders, stealing funds earmarked for the preservation of its great temple.7 Ephesus had bad stewards.

Reading the letter,  it is not difficult to point out the major characters it presents.  There is, of course, Paul the apostle, sent by God and seeking to obey his command to spread the gospel and plant churches among the Gentiles.  Paul was never the “pastor” of the church at Ephesus.  Neither was he a duly registered representative of a governing body of elders.  His authority was his message, and the fact that many in Ephesus first heard the gospel as a result of his ministry.

He addresses the book to Timothy, whom he regards as his true child in the faith.  Timothy is a disciple of Paul as Paul is of Christ.  He was sent by the apostle to proclaim the gospel, to evangelize, and to maintain the work of the churches already planted.  He served as a representative of the churches to Paul, and a representative of the apostle to the churches.  Timothy was not the “pastor” of the “church in Ephesus.”  He was more of a missionary, seeking to further establish the church – which consisted of several congregations meeting in several places throughout the city.

The antagonists in 1 Timothy are a group of people who are influencing the church to be something other than what God and Paul intended them to be.  They are referred to as “certain persons” who are teaching a “different doctrine.”8 They are false teachers, but the exact content of their false teachings is not revealed, and has been a matter of a great deal of speculation.  It is not too difficult to get an idea of what they taught by paying close attention to what Paul said against them. They are people who know the gospel message, but swerve from it,9 wandering away into vain discussion.10  They do not understand what they are talking about,11  but still keep talking.  They have rejected their former faith and have shipwrecked it.12  They lie like demons,13  perpetuating silly myths14  instead of the gospel.  These guys are bad news, yet they are teaching within the congregations of Ephesus.

the gospel as truth entrusted

1 Timothy proclaims the good news of life only in Christ as the most valuable thing the world has ever known.  This “glorious gospel” is a truth which has been “entrusted” to Paul, and he has passed it on to the Ephesians.15 Paul was formerly a blasphemer, rejecting that truth, but he was forgiven, and is now charged with proclaiming it. He tells the world that Christ came to save sinners,16  and that whoever believes in him will gain eternal life.17

As he declares this truth, Paul cannot help but stop and glorify the only God, who is the King of ages, immortal, and invisible.18  God wants all people to be saved and to come to know this gospel truth.19 He wants his church to serve as a pillar and buttress of this truth.20  If people within the churches do not discipline themselves to act appropriately, it is like they are denying their faith.21  The truth entrusted is the message that the church must pass on to their generation, and the next.  Anything that people do within the church that hinders that proclamation needs to be confessed and corrected.

stewardship as a motif

Paul describes that obligation to protect and proclaim the gospel as the theme for the epistle.  Scattered throughout its six short chapters are terms that reflect the concept of stewardship.  The false teachers are promoting speculations (distractions) rather than the “stewardship from God which is by faith.”22  The term stewardship in Greek is a combination of the word for house, and the word for law.  It is also the word from which we get the English term economy. Stewards in rich households were usually trustworthy slaves that were given management responsibilities.  When Paul used the term, he was referring to the valuable gospel that has been entrusted to the church.  The false teachers were not living up to that trust.

By contrast, Paul says that God found him faithful, and appointed him for service (as a steward of the gospel).23  Paul, in turn, entrusted that mission to Timothy,24 who was commanded to entrust it to the faithful leaders in Ephesus.25 These leaders must not be lovers of money or greedy for dishonest gain.26  They must have proved themselves by managing their own households well, before being appointed to manage God’s household.27   These leaders are valuable assets to the church as well, and should be well provided for financially, because the Scriptures teach “You shall not muzzle an ox when it treads out the grain,” and, “The labourer deserves his wages.”28

Key to the strategy of winning Ephesus to Christ was the personal godliness of the church members.  While training for physical fitness is valuable, training in godliness is valuable in every way.29 That godliness is not just spiritual piety. It works its way into everyday life, by producing a love for family that takes care of aging parents.30  By properly managing their households, believers “give the adversary no occasion for slander.”31

Those members of the congregations in Ephesus who actually are slaves should do well by their masters, and not take advantage of them if they are believers as well. Instead, “they must serve all the better since those who benefit by their good service are believers and beloved.”32 Their masters, the “rich in this present age” are encouraged not to put their hopes on “the uncertainty of riches” but on their Master, God, “who richly provides us with everything to enjoy.”33

The false teachers are described as people known for their heated arguments and personal vices, and for their mistaken assumption that godliness will necessarily make someone rich.34 Paul encourages Timothy to be financially content, but to pursue the attributes of godly living: “righteousness, godliness, faith, love, steadfastness, gentleness.”35  These attributes point people to the LORD who made them possible by his grace.  This was the stewardship from God, the strategy to win people to eternal life by means of showing God’s miraculous work in the lives of believers.

The point of mentioning God’s exclusive immortality (God alone is immortal) in this epistle is to show that the only thing of real value in this life is the promise that we, too, might someday share that attribute.  Presently, God is invisible, immortal, and dwells in unapproachable light.  But those who are being saved have his promise that someday we, too may share in his immortality.  Since that is the case, the last thing believers would want to do is get sidetracked by false teachings, and miss out on the only thing of eternal value this life offers – hope of the next life.

Sharing the gospel is a stewardship from God.  We are called to manage his household by providing for the needs of those within it, and by bringing others into it.  Like Timothy, we are charged with the task of guarding the deposit entrusted to us.36 The gospel is our resource.  Faith in Christ is our currency.