You are here: Home / Bible / the curse of immortality 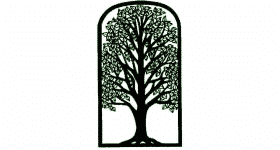 One of the earliest texts that we conditionalists turn to for support of our outlandish theories about human mortality is Genesis 3:22.  Some modern translations treat the text as God making a prohibition against human access to the tree of life:

“And the LORD God said, “Now that the man has become like one of us, knowing good and evil, he must not be allowed to stretch out his hand and take also from the tree of life and eat, and live forever.”1

“And the LORD God said, “The man has now become like one of us, knowing good and evil. He must not be allowed to reach out his hand and take also from the tree of life and eat, and live forever.”2

The Curse of Immortality

There is some justification for this translation because the very next action God takes in the narrative is driving Adam and Eve from the garden, and posting cherubim as guards to prevent their access to the tree of life.
Other modern translations treat the text as if God is contemplating the possibility of, or dreading the prospects of human beings eating from the tree of life:

“Then the LORD God said, “Behold, the man has become like one of Us, knowing good and evil; and now, he might stretch out his hand, and take also from the tree of life, and eat, and live forever “–”3)

“Then the LORD God said, “See, the man has become like one of us, knowing good and evil; and now, he might reach out his hand and take also from the tree of life, and eat, and live forever” –”4

“Then the LORD God said, “Look, the human beings have become like us, knowing both good and evil. What if they reach out, take fruit from the tree of life, and eat it? Then they will live forever”5

These are potentially appropriate translations as well, since they capture the awful prospect of a sinful humanity without the limits imposed upon them by the threat of death. God did not want that.
But the way Moses told the story is even more dramatic.  Moses has the LORD beginning his statement about the prospect of sinful humanity gaining immortality, … and just leaving it there.  These translations capture that nuance:

“And the LORD God said, Behold, the man is become as one of us, to know good and evil: and now, lest he put forth his hand, and take also of the tree of life, and eat, and live for ever:”6

“Then the LORD God said, “Behold, the man has become like one of us in knowing good and evil. Now, lest he reach out his hand and take also of the tree of life and eat, and live forever – “”7

“Then the LORD God said, “Behold, the man has become like one of Us, knowing good and evil; and now, lest he stretch out his hand, and take also from the tree of life, and eat, and live forever “–”8)

This, according to Hatch, is an example of the figure of speech known as reticentia.  “It is the sudden breaking off of what is being said or written, so that the mind may be more impressed by what is not said. The latter is too wonderful, too solemn, or too awful for words. In this instance, the exact consequences of fallen man eating of the tree of life are left unrevealed. They must have been too awful to contemplate or talk about!”9

People are not accustomed to thinking about immortality as a curse, but that is exactly the impression that Genesis 3:22 leaves us with.  Adam, “being sinful … must not forever possess attributes and powers which he would terribly abuse.”10   The tree of life, which, by God’s grace, had been available up until the fall, must now be prohibited.  Immortality was to be prohibited because sin had infected the species.  It was not a mere infection of our bodies, as Barachman seems to imply.11   Sin had infected humanity as a whole, and the death that serves as its proper wages affects us, body and soul.  The unthinkable would be for God to ignore this change in our moral makeup and grant us immortality anyway.  That is just what the traditionalist theology implies.  Piggy-backing on the Platonic doctrine of innate immortality, traditionalism suggests that God forbade immortality for our bodies, but condemned sinful humanity to immortality in our souls.  The only ones exempted from this curse are those who will be redeemed by Christ.

Payton called our mortality a “cosmic disease,”12 and it is.  But it is also part of God’s solution to an even greater disease: sin.  In our present condition, immortality of any sort would be disastrous.  God’s plan for his creation is an eternity without sin, so until he deals definitively with that problem, death is a necessity.  It was that reality that prompted the LORD to warn our ancestors of the consequences of their sin.  He said that if we ate of the tree of the knowledge of good and evil, we would “surely die.”13 Moses’ literal words were “dying you shall die.”  It was a clear warning both of immediate mortality and inevitable death.

So, as Schemm writes, God “drove man out of Eden lest he make another fatal mistake and eat of the tree of life in his now-fallen condition.  Presumably there was great danger in combining eternity with sinful rebellion.”14 For God to have not done so would have been to condemn us to an eternity of sin.   God is not irresponsible.  He would not curse us with immortality in our fallen state.  He allowed death so that we would return to him for redemption and deliverance from sin.  He “mercifully drove them … out of the Garden of Eden because if they had eaten of the fruit of life, they would have become immortal without the opportunity for repentance and salvation.”15 .

The urgency with which God takes action is seen in an early Aramaic paraphrase of this verse, where God says “let us banish him from the Garden of Eden, before he puts forth his hand and takes (also) of the fruit of the tree of life.  For behold, if he eats of it, he will live and endure forever.”16  God chooses to make the pride of his creation mortal by forbidding access to immortality.  Mortality becomes the solution to the present problem.  It is a curse, but keeps in check an even greater curse.  As one Rabbi wrote, his “mortality is not only a physical, but also a moral necessity. Death is the most efficient threat against pride and sin.”17  And so humanity remained, prevented not simply by death, but by “banning (us) from the rejuvenating power of the tree of life.”18 .

If that were the last mention of the tree of life in Scripture, we would simply have to accept the fact that everyone lives, and everyone dies, and that is that.  We might imagine a world in which things got better, and we eventually gained back the hope of immortality, but it would only be the hope of the hopeless.  Fortunately, Genesis is the beginning of God’s story of us, not its end.  As Pfeiffer put it…

“in time … the Garden and the Paradise which it represented became but a memory of a past golden age.  The memory, however,served to quicken hope in a golden age yet to come, where sin would be banished and man would again dwell in unbroken fellowship with his Creator.”19

The story of the fall itself sets a pattern that reflects a similarity to four other stories in Genesis.  That pattern (sin, judgment speech, token of grace, judgment) can be seen in the stories of Cain & Abel, the rebellions of the “sons of God,” the flood, and the tower of Babel.  Longman says “In these stories we not only see how human sin has disrupted the blessing of God on his human creatures, but also God’s pursuit of them in order to restore relationship with them.”20 .
The fall in the Garden is the bad news with which God wants us to compare his good news.  There is a new tree that he wants us to partake of.  It is Calvary’s tree.  God in his grace wants us to look at that symbol of life that became death to us all, and see his Son dying on it as a sign of his grace.  The loss of the tree of life symbolized our lost relationship with God, and mortality was one of the many repercussions of that loss.  The death of Christ on the cross by God’s grace allows us another chance at the tree of life in the holy city,21 after sin and its consequences are a thing of the past.

Until then, only God has immortality,22  because only God is free from the sin that makes immortality into a curse instead of a blessing.  Our Lord Jesus Christ, who conquered sin and death by his death, and brought life and immortality to light.23  The gospel is this good news, entrusted to us as its messengers.  It offers a new chance to gain immortality, the right way.  As Witness Lee puts it, “It was God’s original intention that man should eat of the tree of life.  But due to the fall of man the tree of life was closed to him.  Through the redemption of Christ, the way to touch the tree of life, which is God himself in Christ as life to man, has been opened again.”24 .

That is why Plato was wrong.  He imagined that immortality was everyone’s birthright.  He ignored what Moses said in Genesis, and suggested that immortality was an innate endowment from our creator, rather than a curse that our creator prevented us from obtaining.  Augustine believed in Plato’s version of human nature, and Calvin, Wesley and numerous other theologians went along with Augustine.  Who would not want to believe that death is an illusion?

However, the cost that comes with accepting Plato’s version of reality over that of Moses is that it necessitates us rewriting the gospel as well.  Since the goal of the gospel is eternal life,25 and Plato argued that we already have eternal life, people had to find some other objective.  Enter, the new solution: getting our immortal souls to heaven when our bodies die. Suddenly heaven ceased to be the place where Christ was returning from. It became a place where our immortal souls of believers are going to.  Suddenly, hell ceased to be the second death on Judgment Day, where Christ finally will take care of sin and sinners for good. It became a place for God to torture immortal souls forever, without a chance of ever getting rid of sin.

It is time for believers to take back the gospel from the pagan traditions that have supplanted it.  We need to show the world that God is not guilty of cursing sinners with immortality.  He promises immortality only to the redeemed.  Only the saved are capable of living eternal lives to his glory.