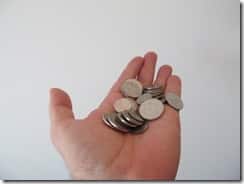 The three major views on final punishment of the wicked i.e. Christian Beliefs about Hell. They can be outlined like this:

God will justly punish unbelievers with an unending process of perpetual torment.

God will justly punish unbelievers for their personal sins, and eventually, restore them to his favour.

God will justly punish unbelievers for their personal sins and eventually destroy them.

All three views have been honestly argued from scripture, and all three have been contested as unbiblical. As believers seek to sort out what the Bible actually teaches on this subject, they need to consider those arguments carefully. Attacks against one’s position may cause them to rethink it, or they may help them understand it more clearly, and therefore defend it more effectively.

John Piper has consistently argued for position 1 (which we call traditionalism) and has opposed both universalism and position 3 (which he calls annihilationism). One of his arguments has to do with what the Bible says about Judas Iscariot. There are four passages pertinent to this argument:

The Son of Man goes as it is written of him, but woe to that man by whom the Son of Man is betrayed! It would have been better for that man if he had not been born.1

While I was with them, I kept them in your name, which you have given me. I have guarded them, and not one of them has been lost except the son of destruction, that the Scripture might be fulfilled.2

But whoever blasphemes against the Holy Spirit never has forgiveness, but is guilty of an eternal sin.3

Piper sees the evidence describing Judas’ fate as proving that he had committed the unpardonable sin, and therefore will never be forgiven. That speaks to the universalist position. He also claims that what the Bible says about Judas’ fate negates the conditionalist position: that Judas will be judged and eventually destroyed.

“If Judas were destined for glory eventually (as in universalism) or even destined for extinction (as in annihilationism), it is difficult to imagine why it would have been better for him not to have been born.”5

Conditionalists can be thankful for this argument for at least two reasons. First, it is a “chapter and verse” approach which allows those interested in the debate to actually exegete the texts to see if they support the propositions of the argument. Secondly, it is a legitimate argument, since it involves a question to be considered. That sets the parameters for a potentially civil discussion, rather than simply choosing sides and condemning the opposition.

Did Judas go to hell? The unpardonable sin?

Piper proposes that Judas must suffer perpetually for his betrayal. If Judas was to suffer only a finite amount of time, justice would not be served, and Jesus’ “woe to that man” remark would not make sense. The remark suggests that the betrayer would undergo a fate worse than non-existence, that he would endure some unthinkable suffering. Specifically, Jesus said that it would have been better for his betrayer if he had not been born. Piper’s reasoning can be mapped like this:

A biblical discussion on that line of reasoning might be helped by reference to similar passages which speak of a person’s fate as being worse than having not been born. There are a few such passages in the OT wisdom literature. Job lamented his birth, asking why he had not been stillborn.6  He had suffered so much that he began to regret his life altogether. Job’s experience definitely qualified as unthinkable suffering, but it did not involve perpetual suffering. He was eventually restored, which (one might suppose) would be an argument for universalism. However, Job’s suffering was not punishment for his sins, and thus it is not proof of eventual restoration after final punishment. Neither does it prove either of the other positions.

David prays that his enemies’ arrows be “like the snail that dissolves into slime, like the stillborn child who never sees the sun.”7  He asks for the LORD to make his enemy’s plans come to nothing. Having the opportunity to live and see the sun is very important. It is a terrible fate to never have had that experience. It is a life that is wasted. But what Jesus said about Judas was that his fate was worse than that of a wasted life. It was a life that could have been lived for Jesus, but was not. Judas was a disciple. He learned what the other disciples learned, saw the miracles that they saw, but he ended up turning away from that. His life was truly wasted, and that made it worse for him than for the man who was never born. David’s prayer would suggest that the reason Jesus pronounced a woe upon Judas was not so much what Judas would experience in hell as what he refused to experience in his life.

Solomon claimed “If a man fathers a hundred children and lives many years, so that the days of his years are many, but his soul is not satisfied with life’s good things, and he also has no burial, I say that a stillborn child is better off than he.”8  The Preacher of Ecclesiastes had known every possible achievement, yet he came to the conclusion that one could not gain lasting satisfaction from accomplishments themselves. Unless a relationship with God is in the equation, all the accomplishments in the world are meaningless.9

From these three OT references, one might draw a general conclusion about the stillborn metaphor. It refers to meaninglessness and futility. When we overlay that conclusion with what Jesus said about Judas in Matthew 26:24, this is what results: Judas’ life was worse than meaningless. In fact, Judas had the potential to lead the world to its Saviour, but betrayed him instead. Jesus was not so much predicting Judas’ future fate, as he was lamenting Judas’ present decisions, and stating that he would some day regret those decisions. But Jesus did not imply that Judas would be suffering for, and regretting those decisions perpetually.

Piper is comfortable with the idea of Judas as a “son of destruction” as long as he is allowed to define the word destruction so that it does not mean what it obviously means. He concedes that the noun apoleia in John 17:12 is related to the verb apollumi in Matthew 10:28.10  Ok, that would mean that since God is able to destroy both soul and body in hell, and Judas is a son of destruction, then Judas will be destroyed soul and body in hell.

But wait: Piper is not finished. He goes on to say “the word for destruction (olethros) means ‘ruin’ (1 Timothy 6:9; 1 Corinthians 5:5). The picture is not of obliteration but of a ruin of human life out of God’s presence for ever.”11  John 17:12 and Matthew 10:28 do not contain the word olethros. They use other words for destruction: apoleia and apollumi. A recent study of the apoleia word group used in the same way as these two texts found that the words always refer “to the literal killing of a person, with not a single exception.12

In fact, 1 Timothy 6:9 says that the fate of the lost will be both “ruin and destruction” (olethron kai apoleion). So, the lost will be separated from God’s presence forever, but will also be destroyed soul and body in Gehenna. What the conditionalist refuses to accept is the idea that since unbelievers will suffer ruin (olethros) that somehow negates their destruction (apoleia). Since the Bible declares both as the destiny of the lost, that is what we believe.

The two remaining texts put forth by Piper are not specifically applied to Judas in the scriptures, but Piper uses them because they connect the idea of sin with the word aionios: (eternal). Piper argues that “there will be no forgiveness in the age to come for the unforgivable sin, and so Mark calls it an eternal sin, which shows that the word ‘eternal’ is indeed a temporal word of duration and not just a word referring to a limited period in the age to come.” He is particularly addressing universalism here, as he states that the texts rule out “the idea that after a time of suffering in hell, sinners will then be forgiven and admitted to heaven.”13

Admittedly, the assertion of no forgiveness in the age to come does speak against the notion of eventual restoration. Yet, conditionalists are bothered by the assumption that if a sin is eternal, the sinner who sins it must never die. Piper is implying this, as it were, through the back door. He argues that an eternal sin requires a perpetual punishment.

The word aionios can possibly mean perpetual, but its most usual meaning is permanent (as opposed to temporary).14 A permanent sin will be punished by the permanent destruction of the sinner in Gehenna. It does not require that the sinner be granted eternal life so that he can continue to sin and continue to be punished. The wages of sin is death15, not an everlasting life of sinning and being punished. The eternal punishment the Bible describes is a lake of fire called the second death, a permanent event.16 It is a description of the eternal consequences of eternal sins committed against an eternal God, but it results in the opposite of eternal life. It does not, and cannot involve eternal life.

God demonstrated his great love for humans by having his own Son put to death as our substitute. Whoever believes in the Son will have eternal life, but whoever does not believe will perish. Judas looked like a believer. That made his betrayal and unbelief all the more despicable. Judas made his choice, and will one day stand before the Saviour he betrayed, and receive his just punishment. Jesus was absolutely truthful in declaring that his fate will be worse than that of a man who was never born. His sin was great, and his punishment will be unspeakable. But the greatness of Judas’ sin does not give him the privilege of eternal life. That gift only belongs to true believers.