You are here: Home / Other / Personal Testimony / Life After Death? How Can We Get To Heaven? Who Do You Trust? 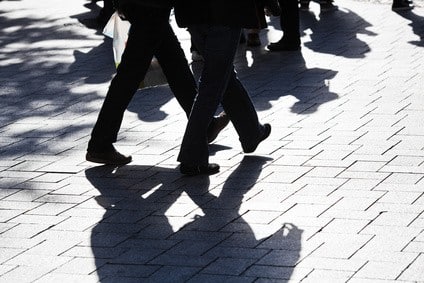 Is there life after death? How can we get to Heaven?

What important questions! The answers we find define every other aspect of our lives.

The answers ultimately depend on just one word: trust. Who do you trust? What information can you trust? Can you trust your own mind? Your feelings? Your parents, teachers, or friends? Professors, or authors (including this one)? Preachers, priests, or clerics? What about the most revered experts of all, scientists?

Can you trust cartoons with visions of an afterlife where those in heaven float on clouds and play harps, or those in hell alternately party or run away from red-suited pitchfork-wielding spooks? Or is the whole notion of an afterlife silly like these cartoons?

Where can you get trustworthy information to give you the answers to these questions?

Obviously, I am asking these things hoping to provide helpful answers. I believe the things I trust in are worthy of my trust, and I hope to convince you of the same.

Ultimately, you get to decide what you will put trust in. Isn’t that an amazing, powerful, profound, and frightening prospect? You get to decide! Will you seek an answer, even if it leads to a change of your mind? Or, will you allow your hurts to justify your rejection of all messages of faith? (If there’s a God, he wouldn’t have allowed…) Will you put your trust in scientists who say “what you see is all there is,” and “all who believe in God are deluded”?

I recently engaged in a dialog with an articulate atheist. This bright young scholar believes that he has analyzed all of the possible evidence, and that there is absolutely no credible evidence for God, let alone the claims of Christianity. Read my response and see what you think.

The Apostle Paul, one of Christianity’s most respected and misunderstood scholars, placed all of his trust in a single event. His reason for believing in the afterlife and all other Bible teachings hinged on the veracity of this one occurrence.

Here is Paul’s single most important event: the resurrection of Jesus Christ. Paul shares this in his summary of the good news in the Bible’s 1 Corinthians 15:1-8 (NASB):

These statements are claims of fact, assertions of reality. They are either true or not. Paul cites eyewitness accounts, reminding his original readers that they could go and talk with these people. Reliable evidence shows that the Bible has been faithfully reproduced through the centuries, so you are reading Paul’s actual testimony of the resurrection.

Paul goes further, much further. He says that if Jesus Christ did not rise from the dead, every other Christian claim is false. Nothing else matters. Everything depends upon whether this one event actually happened. Listen to this from later in 1 Corinthians 15 verses 14 and 17-20:

What if the resurrection of Christ is true, and you knew it? What if you put aside everything that distracts you, every fear or doubt, and sought for the truth of this with all of your heart? Yes, some may laugh, ridicule, and say you’ve lost your mind or have been deceived. But if the resurrection of Christ is really true, nothing is more important.

Of course, if there really is a creator God who revealed himself in his risen son Jesus, then we are accountable to him. Is that your real reason for rejecting the message? You might blame Christians for being foolish, or claim the gospel is unscientific, but at the end of the day, is it that you don’t want anyone telling you what to do? Is the bottom line that you don’t want to be told you are a “sinner” and need to change?

That’s understandable. Nobody likes to be told they are wrong. I certainly don’t. But, if God is real and really loves you, and truly wants to spend forever with you, the most loving thing for him to do is to tell you the truth, even if you don’t want to hear it.

So here’s my claim. I know God through Christ, and am known by him. He has revealed his love, a love beyond anything I have ever known. He has set me free from sinful things that were destroying me, and has given me an amazing hope of a future free from evil, sickness, and death. I am certain of it, having studied for myself and have become convinced that the evidence is trustworthy. Even more, having trusted, I experience a real life with God through Christ that is at least as tangible as any other relationship I have in this world. Millions of people through the millennia testify of the same experience.

Consider this: as hard as you might be seeking answers to these questions, God is seeking for you. The message of the Bible is that God continually seeks for people in countless ways, even as they turn away from him.

Could this article be one of the ways he is seeking for you?

Doug Smith is a grateful follower of Christ and an avid Bible student who is willing to believe the Bible, even when it contradicts tradition. He was mentored by Dr. Timothy Barnett in the study of the Scriptures, including conditional immortality. Doug writes on these and related subjects at www.endlesshellended.com. He is blessed by his wife Lynetta, who is also a professional editor. Doug and Lynetta share four daughters and live near Nashville, TN.

"My brother, sister, friend — read, study, think, and read again. You were made to think. It will do you good to think; to develop your powers by study. God designed that religion should require thought, intense thought, and should thoroughly develop our powers of thought. The Bible itself is written in a style so condensed as to require much intense study. I do not pretend to so explain theology as to dispense with the labor of thinking. I have no ability and no wish to do so." -- Charles G. Finney