You are here: Home / Theology / Immortality / the unsatisfied artist 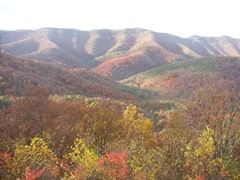 The very first image we have of God in the Bible is that of an unsatisfied artist. Moses wrote in the first two verses of Genesis, “At first, God created the sky and the land, but the land was unformed and unfilled, and the deep space was dark, and God’s spirit was shaking up the water.”1 The image these words convey to my mind’s eye is that of a genius who has just created a work of art, but is not yet happy with the results. It’s too dark, and there is too much water here, not enough there. So God shakes things up. He is just getting started.

He has plans to better his creation. Space is dark and empty, and the land is unformed and unfilled. He plans to fill that dark empty void with light and planets and stars. He plans to form the land by separating the sea from the dry land, and fill up its emptiness with vegetation and living souls. Let me say at the outset that God has a purpose for his creation. He is not going to be satisfied with it until it meets his purpose.

This is where we must begin in studying what the Bible says about the believer’s destiny. The resurrection unto eternal life is not some tacked on bonus that God offers the faithful. It is the purpose behind it all. Our eternal destiny is the reason for everything else. The hope of eternal life is grounded not in eschatology, but in theology proper. We must live again or else God’s purpose is thwarted. He is not satisfied with our simply living our present lives for him. He created us for more.

God has always been, and always will be. What he created, however, is not naturally infinite as he is. It wears out. A psalmist once described this fact by saying that God will change the universe like a person changes clothes.2  One day he is going to put on a new universe. The old universe is going to go away. It will be discarded. Only those who are part of that new universe will follow the LORD into it. The psalmist described himself as “one afflicted.”3  He said his days are passing away like smoke,4  like an evening shadow.5  He had no illusions that he possessed something infinite within him. He depended entirely on God’s grace for his destiny.

God is an unsatisfied artist. He has plans for the canvas of your life. Your creation was the first stage of his plans. Your resurrection is another stage. He loves you just as you are, but it would be against his nature to let you remain as you are. You are flawed, mortal, sinful. He has designs for re-creating you with his perfection, immortal and sinless. That is why he sent his Son to die for you. That is why he is calling you to have a relationship with him. That is why he promised you eternal life at Christ’s return.

In the mean time, you need to face up to your brokenness and mortality. Do not ignore or deny your imperfections and unfinished nature. The LORD knows you are that way. He wants you to have a relationship with him now as an unperfected, unfinished work. He wants you to allow him to form up your unformed life, and fill your void. In just a little while, that which is temporary about you will be transformed into the permanent being God purposed. Until then, cling to his permanence.