You are here: Home / Other / Devotional / The promise of permanence 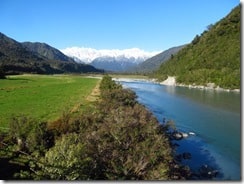 Genesis 13:14 – 14:9
14 The LORD said to Abram, after Lot had separated from him, “Lift up your eyes and look from the place where you are, to the north and south and east and west,15 because all the land that you now see I am promising to you and to your offspring permanently.16 I will make your offspring like the dust of the land, so that if one can calculate the amount of dust there is in the land, your offspring also can be calculated.17 Get up, walk through the length and the breadth of the land, for I am promising it to you.”18 So Abram moved his tent and came and settled by the oaks of Mamre, which are at Hebron, and there he built an altar to worship the LORD.14:1 During the reigns of Amraphel king of Shinar, Arioch king of Ellasar, Chedorlaomer king of Elam, and Tidal king of Goiim,2 these kings made war with Bera king of Sodom, Birsha king of Gomorrah, Shinab king of Admah, Shemeber king of Zeboiim, and the king of Bela (also known as Zoar).3 And all these joined forces in the Valley of Siddim ( that is, the Salt Sea).4 Twelve years they had served Chedorlaomer, but in the thirteenth year they rebelled.5 In the fourteenth year Chedorlaomer and the kings who were with him came and defeated the Rephaim in Ashteroth-karnaim, the Zuzim in Ham, the Emim in Shaveh-kiriathaim,6 and the Horites in their hill country of Seir as far as El-paran on the border of the wilderness.7 Then they turned back and came to En-mishpat (that is, Kadesh) and defeated all the country of the Amalekites, and also the Amorites who were dwelling in Hazazon-tamar.8 Then the king of Sodom, the king of Gomorrah, the king of Admah, the king of Zeboiim, and the king of Bela (also known as Zoar) went out, and they joined battle in the Valley of Siddim 9 with Chedorlaomer king of Elam, Tidal king of Goiim, Amraphel king of Shinar, and Arioch king of Ellasar, four kings against five.

The promise of permanence

For nomads, a promise of a permanent possession is hard to believe. Abram could not cash in on that promise, but he could be faithful to it. He went and looked at the land. He will also join in the battle that is raging amidst the present kings who control it. Since he knows God’s promise is sure, he will look for ways to possess what he is promised.

LORD, make us a people who live by your promises.