You are here: Home / Other / Devotional / three ruined outfits 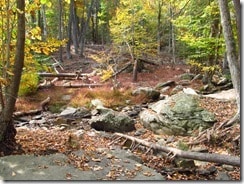 29 When Reuben returned to the pit and saw that Joseph was not in the pit, he tore his clothes

31 Then they took Joseph’s tunic and slaughtered a goat and dipped the tunic in the blood.

32 And they sent the sleeved tunic and brought it to their father and said, “We have found this; please identify whether it is your son’s tunic or not.”

33 And he identified it and said, “It is my son’s tunic. A ferocious animal has eaten him. without doubt, Joseph is torn to pieces.”

34 Then Jacob tore his clothing and put sackcloth around him and mourned for his son many days.

35 All his sons and all his daughters rose up to comfort him, but he refused to be comforted and said, “No, I will go down to Sheol to my son, mourning.” Thus his father wept for him.

36 Meanwhile the Midianites had sold him in Egypt to Potiphar, an officer of Pharaoh, the captain of the bodyguards.[1]

The tearing of clothes was “used to describe a Hebrew custom which indicated deep sorrow. Upon the death of a relative or important personage, or when there was a great calamity, it was customary for the Hebrews to tear their garments.”[2] There are two examples of this custom in this passage. First, Reuben tears his clothes when he discovers that Joseph had been taken from the pit. His plan to use the pit to keep Joseph safe from his brothers had backfired.

Then, Jacob, upon seeing the bloody tunic, tore his clothes in grief. The blood-soaked tunic was another ruined outfit.  It was – for Jacob – a symbol of great loss. He did not expect to recover from the loss of his son. He thought Joseph had died and was now in Sheol – the place where all the dead go. He would not be comforted. He expected to die of grief, and join his son – not in heaven, not in hell, but in Sheol. Sheol is the place where all the dead go, and are unconscious of anything until awakened by resurrection.

Somewhere along the line, Christians have lost the horror of death.  Many have bought into the lie that death is a friend, ushering people into the presence of God.  The New Testament does not teach this. It agrees with Jacob’s assessment of death.  But it also adds a hope beyond Sheol: a hope of being raised to eternal life by Jesus, the resurrection and the life.

LORD, thank you for showing us that there is hope beyond the grave. Now we know that even tragic loss is not eternal loss.

[1] The tabachim were bodyguards and executioners, attached to Pharaoh’s palace. A more literal rendering of the name would be butchers.