You are here: Home / Theology / Heaven | Afterlife / to die is gain 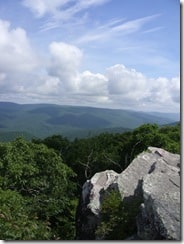 The apostle Paul told the Philippians that, to him, “to live is Christ, and to die is gain.”1 It is quite clear to the reader that if Paul keeps on living, he will keep on serving Christ. Thus, “to live is Christ” must have been a reference to his intention to do just that. But what did Paul mean when he asserted “to die is gain”? Partly, that is answered by the previous verse, in which he expressed his intention that “Christ will be honoured in my body, whether by life or by death.”2 So, “Paul is picking up on the two possible resolutions of his imprisonment, freedom or execution…”3 If he is set free, it will mean the opportunity to reach more souls with the gospel, to plant more churches, and to honour Christ by bringing more people into his kingdom.

But what else did he mean? How is death gain? Ascough asserts that “The use of the word in Phil 1:21 is clearly drawing on the imagery of the marketplace, where Paul states that it is more ‘profitable’ for him to die.”4 In what sense? Before looking at the text to seek answers to that question, I will survey the answers usually given by those who hold traditionalists views of the intermediate state.

Some say that Paul had in mind the gain of a new location, immediately at death. The soul, unencumbered by its body, is set free to travel to heaven, and that is the gain that Paul anticipated.

“They are not lost, they are only moved. Moved, by the way, to a much better place.”5

“he was talking about his departure to somewhere better than earth.”6

“Death would send Paul to the place of everything that was truly dear and precious to him. ”8

Has Paul made the case, in Philippians or anywhere else, that heaven is where he intends to go at death? Keep in mind that the word for heaven in Greek is simply the normal word for “sky.”9 Anyway, here is what Paul asserts about the sky:

Once the popular and somewhat misleading translation “heaven” is replaced with the common term “sky,” it is easy to see that most of these passages do not argue for a separate location for people to go when they die. However, because so many mistaken assumptions have been read into the texts, some of the passages do require a bit of explanation.

So, after looking at every verse in the New Testament where Paul discusses the word ouranos, we find that not one of them support the concept that it is a destination that Christians go when they die.

GAINING A REWARD FOR FAITHFUL WORK

But some insist that Paul taught that believers gain their reward for faithful service to Christ at death:

“Death is a homecoming for the Christian. Paul sees it as gain because he sees is as the reward for offering himself as a living sacrifice on this side of the veil.”31

“For the Christian, death brings a better inheritance, a better fellowship, and a better body.”34

“For the believer, when he departs from this life he goes to be immediately in the presence of Jesus Christ and as the believer stands before Jesus he receives his reward.”39

“while we are on this earth, our life belongs to Christ; after this life, because our life belonged to Him here, we gain the reward of eternal life with Him there.”42

“He (Paul) had served the Lord faithfully and now looked forward to receiving ‘a crown of righteousness’ (II Timothy 4:6-8).”46

“For every believer there will be one final promotion – Death. That is why we are told not to fear it.”48

GAINING LIFE FREE FROM THE CURSE

Some simply deny the reality of death altogether. They assert that when the believer appears to die, he or she will simply live on in an eternal life somewhere unseen, and free from all the troubles of this life.

“The deceased will never know another moment of sickness or pain and will live eternally to worship our Lord.”50

“What we call death is a transition from a dying body in a dying world to a world of light and life.”51

“to die should be seen as a gain … because it would mean that we would be freed from this trouble-filled life on earth to rejoice in Christ’s presence in Heaven.”52

“death is the retirement of this earthly tent with all its weaknesses and temptations and the unification of the Lover to His beloved.”53

GAINING THE PRESENCE OF CHRIST

“living this life with Christ was good, but dying and being in His presence was better.”56

“Death is therefore a personal gain for Paul because it means departing the body and being with Christ, and that is better by far.”57

“Gaining Christ was Paul’s great passion and goal in all his did. … Paul wanted what would bring the deepest and most lasting satisfaction to his life, namely, being with Christ in glory.”58

“Oh to have such an affection for Christ that my life is utterly Christ-centred and my death is a welcome transition to the embrace of my Saviour!”59

“Christians should view their own forthcoming death as an appointment in Jesus’ calendar, which he will faithfully keep.”60

“even in death we gain victory over the grave because when we die and leave this earthly body we still get to be with Him in Heaven if we live for Him on earth.”61

“death was to be welcomed as something that brought him closer to the Christ he loved.”62

“When our time on earth is over and we die, we will gain eternity with our Lord and Saviour.”63

“He is either doing the Lord’s work or he is with Christ in Heaven.”64

What did Paul mean by saying that his death would be gain? Perhaps he was not referring to his personal gain at all. Maybe he was speaking of those who would dare to trust Christ after hearing of his martyrdom. He had already noted that his imprisonment had been instrumental in spreading the gospel:

“I want you to know, brothers, that what has happened to me has really served to advance the gospel, so that it has become known throughout the whole imperial guard and to all the rest that my imprisonment is for Christ. And most of the brothers, having become confident in the Lord by my imprisonment, are much more bold to speak the word without fear.”66

So, it could be that Paul, realizing that his imprisonment was advancing the gospel, might suppose that his death as a believer might lead to even more who would be willing to count everything a loss for the sake of Christ. We do not really know his reason for stating that his death would be gain.

Many feel that he was explaining himself when he said that he had a desire “to depart and be with Christ – which is far better.”67 They see this as Paul explaining that when he died, his soul would depart this earth and he would be with Christ. But that text actually refers to the second coming. The verb analuō is only found in one other place in the New Testament, it describes a master returning from a wedding feast.68 So, it is just as linguistically appropriate to translate Paul’s words “having a desire for the return, and to be with Christ – which is far better.” That fits with what Paul had taught elsewhere about his hope to be with Christ at his second coming.

Paul divided all Christendom into two categories. Those who are still alive, and those who have fallen asleep.69 For those of us still alive, we live with the joyful expectation that some day our Saviour will burst the clouds and descend upon this world he rightfully owns. But for those in the second category, those saints which sleep, their next conscious moment will be welcoming the returning Christ. From the standpoint of eternity, nothing is lost by those who have died in Christ. Their gravestones and tombs serve to mark lives which had been invested in Christ, and that investment will result in gain for them and their Lord.