You are here: Home / Bible / Up in smoke 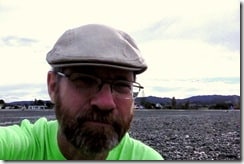 v6 Yahveh has a bloody sword; it is blood filled. It is covered with bloody fat from lambs and goats, from fat of rams’ kidneys, because Yahveh has a sacrifice planned for Bozrah and a huge slaughter planned for the land of Edom. v7 And wild oxen will go down with them, and steers with strong bulls. And their land will be blood drenched, and their soil will be fat fattened. v8 Because there is a day of vengeance for Yahveh, a year of retribution for the strife of Zion. v9 And its streams will be changed to pitch and its soil to sulphur, and its land will become like burning pitch. v10 Night and day it will not be quenched; its smoke will go up forever. From generation to generation it will be in ruins; forever and ever there will be no one who passes through her. v11 But a large bird and a hedgehog will take possession of it, and an owl and a raven will live in it. And he will stretch a measuring line of perplexity out over it, and a plumb line of emptiness.

This is one of those passages which gives us insight into the interpretation of New Testament descriptions of coming judgment. Edom’s coming judgment is described as if God is planning a sacrifice. The whole land will be bloody and filled with fat from the slaughtered corpses. Then it will all be consumed on a sacrificial altar, and the LORD will be pleased by the smell of the smoke going up into the sky forever. This is not a picture of eternal torment. Those sacrificial animals were not being perpetually tortured. They were killed, and the evidence of their destruction (the smoke) pleased God. That is how sacrifices worked.

So, when Revelation portrays this evil world lamenting Babylon’s destruction, it mourned when it saw the smoke from the fire that burned her up!1 So, when the redeemed shout, “Hallelujah! The smoke rises from her forever and ever”2 they are not relishing over the pain and suffering Babylon was experiencing, but rejoicing that she had been utterly consumed. The imagery in both testaments is that of a whole burnt offering. To take those statements as descriptions of an ever-burning hell where the souls of the lost are forever tortured is to abuse scripture and to offend God. God is a God of justice, and he decides what hell will be. His word describes hell as a place where sin is destroyed, along with the sinners who sin.

Isaiah is also the first to use the metaphor of an unquenchable fire here. He says of that fire “night and day it will not be quenched (10).” But the context makes it clear that the fire continues as long as it takes to consume all the people in the land. The final state of Edom was not one of perpetual burning. The same verse speaks of Edom being left desolate and abandoned, in ruins. The next verse speaks of stray animals taking it over, because there are no longer any people to keep them out. Isaiah’s imagery is certainly not about a place of fiery torment kept going perpetually. It is about a place being cleansed of all its inhabitants. So, when Jesus speaks of coming final judgment, he describes the lost as chaff, being thrown into an unquenchable fire and burned up.3 The grain is saved, but the chaff is consumed by the fire. Isaiah sees Edom’s loss as eternal because they would be forever destroyed. Jesus predicts the same fate for lost sinners. The good news, from both the prophet and our Saviour, is that the redeemed will be saved from that coming destruction.

LORD, we rejoice that you will bring an eternal end to sin. We ask you to help us rescue the lost from that fate by proclaiming the gospel to all who will listen.