You are here: Home / Theology / Exploring Conditional Immortality / The Clarity of Scripture and Conditionalism

In critiquing the traditional view of hell, as eternal conscious torment, conditionalists often reject it for failing to take into account the “face value” reading of Scripture. Instead of interpreting the passages referring to final punishment in light of these presuppositions, the conditionalist simply wishes to read them as to meaning what they say- when it says destroy, it means destroy; when it says kill, it means kill; and when it means life, it means life. I want to develop this hermeneutic- of reading the Scriptures to mean what they say (with some qualifications)- in light of what is known as the clarity of Scripture.

The clarity of Scripture 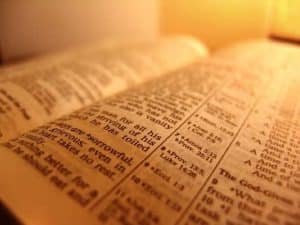 The clarity of Scripture is possibly the most beautiful doctrine of Scripture. In the Westminster Confession of Faith, it is described as follows: “All things in Scripture are not alike plain in themselves, nor alike clear unto all: yet those things which are necessary to be known, believed and observed for salvation, are so clearly propounded, and opened in some place of Scripture or other, that not only the learned, but the unlearned, in a due use of the ordinary means, may attain unto a sufficient understanding of them.” Scripture is something that can be understood- particularly on the subject of salvation, but I think elsewhere too- not just by the learned but the unlearned. The punishment of the wicked is certainly a part of the message of the Gospel, as we have known that “the wages of sin is death, but the free gift of God is eternal life” (Romans 6:23), and so this seems to be something that we truly can understand regardless of our background, as long as we exercise “a due use of the ordinary means”.

Here, we don’t need to find our meaning from a Church, or from a scholar, or from tradition. When we go to the Bible, with standard interpretative methods, then we can really learn what God is intending to communicate to us. This is an enormous and profound truth- that God has clearly communicated to us throughout history. It’s also profoundly Biblical- with the recommendation of the Bereans in Acts who “examined the Scriptures every day to see if what Paul said was true.” (Acts 17:11). Equally Jesus’s beckoning the Pharisees and so many others to the Scriptures over and over again- “Is it not written” – is a clear call to investigate for ourselves the meaning of the Scriptures- and affirms that we can really know what the Scriptures teach. Is that not amazing!

The implications of this doctrine

Beautifully, on the subject of the final judgment, a real component of salvation as I see, the Scriptures are exceedingly clear. The language of the Bible, over and over and over again, is really very clear on the nature of the final punishment- kill, perish and destroy are the three most common words describing the fate of the wicked, and the Scriptures use a variety of inventive and wide ranging terms, all pointing towards destruction, to describe their fate, in both the New and Old Testaments. The case for a traditional view of hell seems to rely on two texts in Revelation- from a book full of imagery that harkens back to Old Testament views of destruction (e.g. burning sulphur pointing to the destruction of Sodom and Gomorrah), and that in context is so clearly pointing to death as the final fate (calling the fate “the second death”), that the traditional case seems enormously weak.

Fundamentally, a denial of the Scriptural case for conditionalism seems to me to be a denial of the clarity of Scripture- we have to say that we just can’t know what the Scriptures say, or that we must listen to the voice of tradition ringing out through the centuries so as to see what they say. We can see this from Steve Jeffery, who in a podcast with Chris Date, who says that “once you start thinking about the details it gets really complicated… We the Church may just need to be patient on this.” or with Albert Mohler, who continually refers to the “traditional biblical interpretation for the last 2000 years”. .But while tradition must continue have an enormous value, in knowing that we don’t have to reinvent the wheel, we must lie under the Scriptures. If the Scriptures are “God-breathed” (2 Timothy 3:16) and a “living two-edged sword, cutting through soul and spirit” (Hebrews 4:12)- that God is intending to communicate his truth through them, and that we can truly know what they say- then we can count on the Scriptures to provide us with this truth. We really can look to the Scriptures for ourselves, and see that they teach abundantly clearly the final destruction, not the torment, of the wicked.

It is a fascinating fact that the Church has tended away from this view throughout its history. Yet the Reformation was predicated on the failure of the Church to properly understand justification and its falling away from the Scriptures as the final source of authority. The Scriptures’ central role in determining our worldview has to be acknowledged- and that God can be clear as he communicates his truth can be rejoiced in. We must return to the sources here- and when we do so, we will find what God has been teaching all along, even when we have failed to see it so plainly written. To the sources!

Joshua Parikh is a student studying Philosophy, Politics and Economics at Oxford University. Despite his reservations, Josh changed his mind from traditionalism to annihilationism after seeing the overwhelming Biblical case for it and the philosophical sense that it makes. His interests include apologetics, reading and veganism.