You are here: Home / Theology / Heaven | Afterlife / q&a: the ascension of Christ 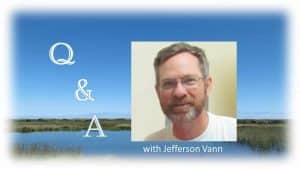 When Jesus said to Mary, “I have not yet ascended to the Father,” doesn’t that mean he couldn’t have gone to paradise when he died? Why don’t more commentators deal with this?

In my 2013 article “debugging Luke 23:43” I suggest a different translation of Jesus’ promise to the penitent thief. I pointed out that the translation as it stands in most modern versions has Jesus promising that the thief would join him in paradise that day. There are problems with that translation. One problem is a theological one: The Bible consistently speaks of our reunion with Christ at his return, not at the moment of our deaths. Another problem is a biblical one: the Bible insists that Christ went to Hades (the grave) at death,1 not paradise. A third problem is an historical one: there is some question as to whether the thieves on the cross died on the same day as Christ did.

Gary’s question here reveals yet another problem which could apply to either of those categories: the biblical, historical and theological question of when Jesus actually ascended to his Father, as he promised in John 20:17.

“Don’t cling to Me,” Jesus told her, “for I have not yet ascended to the Father. But go to My brothers and tell them that I am ascending to My Father and your Father– to My God and your God.” (Jn. 20:17 HCSB)

Commentators (as Gary suggested) tend to comment on some other aspect of the verse rather than respond to the apparent contradiction.

All of us are in agreement that the ascension of Jesus Christ was a major event in redemption history. The ascension “enabled the disciples to identify the gift of Pentecost with the promise of the Holy Spirit, which had been specially connected with the withdrawal of Jesus from bodily sight and His return to the Father.”2 It signalled a new age, an age in which God’s testimony among us is to be found by the presence of his Holy Spirit among us, because the Son is no longer among us. This will not change until Christ return physically.

Luke tells us that Jesus withdrew from his disciples in Bethany, and was brought up into the sky in Luke 24:51. This apparently took place on the evening of the Sunday when he was raised from the dead. Luke does not call that event an ascension. In fact, the words “and was brought up into the sky” are missing from many significant early manuscripts. Luke describes the actual ascension as taking place forty days later, at the Mount of Olives (which is in Jerusalem, not Bethany).

“So when they had come together, they asked Him, “Lord, are You restoring the kingdom to Israel at this time?” He said to them, “It is not for you to know times or periods that the Father has set by His own authority. But you will receive power when the Holy Spirit has come on you, and you will be My witnesses in Jerusalem, in all Judea and Samaria, and to the ends of the earth.” After He had said this, He was taken up as they were watching, and a cloud took Him out of their sight. (Acts 1:6-9 HCSB)

Luke describes the ascension from three standpoints. From the standpoint of the onlookers, he was taken up (eperthe) into the sky (Acts 1:9). From Jesus’ standpoint, he was going (poreuomenou) away from the disciples (Acts 1:10). From the Father’s standpoint, he was being taken up (analemphthes) from them and into the sky (Acts 1:11). For Luke, this event was unique in all history, and most of those who have written on the ascension are in full agreement.

However, there are some who would argue that this was not the first time that Jesus had ascended to his Father! Some suggest that Luke 24 describes an Easter Sunday evening ascension, and that Jesus returned from heaven to visit several times during the forty days before his “visible symbolic demonstration” of that earlier ascension.3 But this kind of speculation is not necessary. Luke could have been merely describing Jesus’ disappearance from the disciples in his Gospel account, without implying that it was any kind of preliminary or invisible ascension.

It is, after all, this public bodily ascension (described in Acts) which is always referred to in the epistles as having a major significance. Paul lists it among the four major descriptive elements of Christ’s ministry for us:

“Christ Jesus is He who died,
yes, rather who was raised,
who is at the right hand of God,
who also intercedes for us.” (Romans 8:34 NASB).

The reason Jesus told Mary to stop clinging to him was that he could not stay down here. He had to ascend to his Father’s right hand, and begin his ministry of intercession for us all. His status has changed from suffering servant to ascended Lord. The Father has “seated Him at His right hand in the heavenly places, far above all rule and authority and power and dominion, and every name that is named, not only in this age but also in the one to come”4 and that took place at his ascension.

In fact, it is the ascension of Christ which makes our equipping ministry possible, because the exalted Christ has, from his position as exalted Lord, given the supernatural gifts to his church:

“Therefore it says, “When He ascended on high, He led captive a host of captives, And He gave gifts to men.”(Now this expression, “He ascended,” what does it mean except that He also had descended into the lower parts of the earth? He who descended is Himself also He who ascended far above all the heavens, so that He might fill all things.) And He gave some as apostles, and some as prophets, and some as evangelists, and some as pastors and teachers,
for the equipping of the saints for the work of service, to the building up of the body of Christ; until we all attain to the unity of the faith, and of the knowledge of the Son of God, to a mature man, to the measure of the stature which belongs to the fullness of Christ” (Ephesians 4:8-13 NASB).

The ascension is either described or implied in many other places in the Pauline epistles,5 Hebrews,6 the wrings of Peter,7 and John.8 In none of these places is there ever a hint that Jesus went to Paradise, heaven, or into his Father’s presence at any time other than forty days after his resurrection. So, we are right to question the assumption that so many make of our Lord going to heaven immediately after his death.

Why do so many refuse to admit this fact? It comes down to a predetermined bias in favour of Plato’s doctrine of the immortal soul. If souls are immortal, they have to go somewhere at death. But, if the Bible is correct and Plato is not, then Jesus suffered actual death –body and soul — for our sake on the cross, and his trip back to heaven was delayed until over forty days later. The gospel tells us that Christ’s death was real, his resurrection was necessary, and his return is our only hope to experience eternal life.

If you have a question you would like answered on q&a, email the question, your name and location to: jeffersonvann@yahoo.com