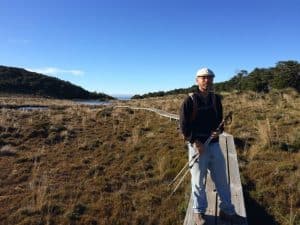 Many believers today want to help their unchristian friends make a decision to follow Jesus Christ. But, how do they do that? They will be tempted to just say the same thing that someone said to them. But what if they were led to Christ by the wrong method? Sure, their faith is genuine, and their commitment to Christ cannot be questioned, but was the approach that someone used to lead them to Christ a biblical one?

It would be a good thing to stop and ask how people were won to Christ and entered his kingdom in the New Testament. Because, if one just keeps doing things the same way without ever asking that question, perhaps the Holy Spirit will become offended at his approach and stop using him to evangelise. Our approach to leading others to Christ should mirror the approaches reflected in the New Testament.

Consider, for example, the evangelistic message of John the Baptist:

Mat 3:1 In those days John the baptiser arrived, preaching in the desert of Judea,

Mat 3:2 “Repent, because the kingdom from the sky has approached.”

Mat 3:3 Because this is he who was spoken of by the prophet Isaiah when he said, “The voice of someone crying aloud in the desert: ‘Prepare the way for the Lord; make his paths straight.'”

Mat 3:4 Now John wore a robe of camel’s hair and a leather belt around his waist, and his food was locusts and wild honey.

Mat 3:5 Then Jerusalem and all Judea and all the region about the Jordan were going out to him,

Mat 3:6 and as they confessed their sins, they were baptised by him in the Jordan river.

Mat 3:7 But when he saw many of the Pharisees and Sadducees coming for the baptism ritual, he said to them, “You children of vipers! Who warned you to flee from the wrath to come?

Mat 3:9 And do not think, saying to yourselves, ‘We have Abraham as our father,’ because I tell you, God is able from these stones to raise up children for Abraham.

Mat 3:10 Even now the axe is laid to the root of the trees. Every tree therefore that does not produce good fruit is cut down and thrown into the fire.

Mat 3:11 “I baptise you with water to show repentance, but he who is coming after me is stronger than I am, whose sandals I am not worthy to carry. He will baptise you with the Holy Spirit and with fire.

Mat 3:12 His winnowing fork is in his hand, and he will clear his threshing floor and gather his wheat into the barn, but the chaff he will burn up with unstoppable fire.”1

Matthew’s Gospel highlights seven assumptions by John the Baptist that were the basis for his message.

Mark’s Gospel provides a shorter account, agreeing essentially with Matthew, but focusing more on the role of John the Baptist, not the details of his message.

Mar 1:2 Just like what is written in Isaiah the Prophet: “Watch! I am sending my messenger ahead of you,” who will build a road for you.

Mar 1:3 He will be “a voice shouting in the desert, make ready the Lord’s road, make straight his paths!”

Mar 1:4 John was baptising in the desert, and preaching a baptism declaring repentance as a sign of release from sins.

Mar 1:5 And everyone from the territory of Judea, and every one of the Jerusalemites were going out to him, and after confessing their sins, they were being baptised by him.

Mar 1:6 And John has clothed himself with camel’s hair, and with a leather belt around his waist, and he is eating locusts and field honey.

Mar 1:7 And he was preaching by telling them: “the One who is more important than me is coming after me, of whom I am not worthy to even bend down and untie the strap of his shoes.”

Mar 1:8 I baptised you in water, but he will baptise you in the Holy Spirit.2

Mark refers to John the Baptist as God’s messenger who would build a road for the Messiah, and prepare the people for his greater ministry.

The third synoptic Gospel, Luke, goes into even more detail than Matthew does.

Luk 3:2 in the time of the high priest Annas and Caiaphas, the word of God came to John the son of Zechariah in the desert.

Luk 3:3 And he went into all the surrounding region of the Jordan, preaching a baptism signifying repentance for the forgiveness of sins,

Luk 3:4 Just like it is written in the book of the words of the prophet Isaiah,
“The voice of one crying out in the wilderness, ‘Prepare the way of the Lord, make his paths straight!

Luk 3:5 Every valley will be filled, and every mountain and hill will be levelled, and the crooked will become straight, and the rough road smooth,

Luk 3:6 and all flesh will see the salvation from God.

Luk 3:7 For this reason, he was saying to the crowds that came out to be baptised by him, “Offspring of vipers! Who warned you to escape from the coming wrath?

Luk 3:8 Therefore produce evidence of your repentance! And do not begin to say to yourselves, ‘We have Abraham, a father.’ because I say to you that God is able to raise up children for Abraham from these stones!

Luk 3:9 And even now the axe is aimed at the root of the trees; so every tree not producing good fruit is best cut down and thrown into the fire.”

Luk 3:10 And the crowds were responding to him, and this is what they said, “What then should we do?”

Luk 3:12 And tax collectors also came to be baptised, and they said to him, “Teacher, what should we do?”

Luk 3:14 And those who served in the army were also asking him, saying, “What should we also do?” And he said to them, “Extort from no one, and do not blackmail anyone, and be content with your pay.”

Luk 3:15 And all the while, the people were watching expectantly and they all were debating in their hearts about John, whether he might possibly be the Christ,

Luk 3:16 John answered them all, and this is what he said, “I am baptising you with water, but the one who is more powerful than I am is coming, of whom I am not worthy to untie the strap of his sandals. He will baptise you with the Holy Spirit and fire.

Luk 3:17 His winnowing shovel is in his hand, for cleaning out his threshing floor and gathering the wheat into his storehouse, but he will burn up the chaff with an unstoppable fire.”3

Notice how Luke’s account affirms all the gospel assumptions that Matthew and Mark had related.

Luke’s Gospel focused on the changes in behaviour that John expected from those who had truly repented. Being born into a Jewish family does not make someone automatically qualified for the coming kingdom. Instead, helping the needy and being kind and fair toward others is what matters.

Each of the synoptics portray the message of John the Baptist as a message not about an opportunity for people to go to heaven, but the certainty that God and his kingdom are coming to earth. John was the forerunner to Jesus, but he was also the messenger of that coming kingdom.

So, notice the implications of preaching the gospel the way John the Baptist did:

People serious about proclaiming the gospel biblically need to strip off the traditions and clichés that often obscure the message. Then, they should follow the pattern of those who preached the gospel in the New Testament. John the Baptist’s gospel of the coming kingdom is a good place to start.