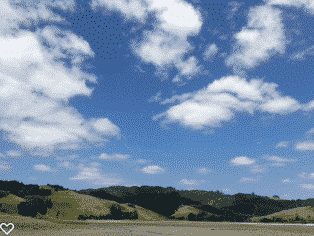 In his commentary on Isaiah 1-39, Marvin A Sweeney explains the purpose of the call to attention formula as it appears in the writings of the Old Testament.
“The CALL TO ATTENTION formula is a typical means for a public presentation or address and functions in a variety of contexts. Here it is addressed to heaven and earth and corresponds to the pattern of the TRIAL GENRE, which frequently call heaven and earth as witnesses to a legal proceeding by YHWH.”1

This call to attention formula is found throughout the Old Testament. Coats outlines the constituent elements of the formula:

In this article, I intend to investigate the appearances of this formula in the prophets where “heaven and earth” are listed as the addressees, and ask if there is any indication in these appearances that the prophets held to a dualistic cosmology that sees the earth as a planet, and heaven as a distant locality where God resides. My hypothesis is that none of these instances in the OT prophets requires the acceptance of that dualistic cosmology.

In some of the instances of the call to attention formula in the OT, the LORD calls the sky and the land to witness what his people have done. In the first instance in the canonical prophets, the crime committed is rebellion. The call to attention is also a summons to verify God’s fairness in judgement.

Listen, sky, and discern, land, for Yahveh has spoken: I reared children and I brought them up, but they rebelled against me.3

It is not necessary to see the sky here as anything more than the atmosphere that God created for humanity to live in, and the land the location that humanity lives on. God is not speaking to other created beings here. The common translations of this text have God summoning a court full of witnesses all over heaven and earth. But the text only mentions two witnesses – the sky and the land.

The sky and the land are the contexts in which the rebellion has taken place. They are called on to witness God’s accusation that his children have rebelled against him and broke covenant with him.

Shout for joy, O sky, for Yahveh intervenes; shout out, you lower regions of the land. O mountains, give a joyful shout; you too, O forest and all your trees! For Yahveh protects Jacob; he reveals his splendour through Israel.4

Sing for joy, sky, and rejoice, land! Mountains must break forth rejoicing! For Yahveh has comforted his people, and he will take pity on his afflicted ones.5

The redemption texts make it quite clear that erets is not a planet among a host of planets. It is a land, with lower regions, mountains and forests full of trees. The sky and the land are the contexts in which the redemption is going to take place.  The dualistic cosmology tears this message to shreds. It makes God a thief, redeeming people by taking them away from the land, and transporting them to a distant heaven.  But God’s message in the prophets invites the land to share in his ultimate redemption.

But, doesn’t the Bible say that there will be a new heaven and a new earth? Yes, it does. But that idea is also traced back to the Old Testament prophets.

Because I am about to create new sky and a new land; the past things will not be remembered or come to mind.6

Because like the new sky and the new land, which I am making, will stay in my presence, says Yahveh; so your descendants and your name will stay.7

There is no cosmological dualism here. The present planet is not being contrasted with the future abode of the saints. Both the land and the sky will be redeemed, along with the minds of God’s people.  The difference is not location. The difference is that the new creation – all of it (sky, land and people) will stay with God forever, and never rebel again. The difference is permanence.

God calls his present creation to witness his redemption, and worship in anticipation of the new creation. The sky and land will not be discarded in favour of a newly created replacement universe. Like God’s people, the sky and land will also be renewed and redeemed.

sheol in the ground

Sky and land in the Gospels