You are here: Home / Theology / Evangelical annihilationism / Perish the thought 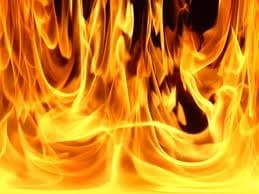 In “Perish the thought” Jefferson Vann explores the Old Testament background behind the term “perish.”

When I taught Bible College, I told my students to always try to get into the bubble. By the term ‘bubble’ I mean the historical and literary background that original readers and listeners shared with the biblical authors. Since we cannot get into a time machine and go back to that time, the only way we can share the ‘bubble’ of the biblical context is by studying those times, cultures, and texts.

Today I want to get into the bubble of the biblical word ‘perish.’

A modern preacher tells us confidently that to perish simply means to be “marred forever, for that is the meaning of ‘perish,’ and not annihilation.”1 It that preacher’s confidence based on actual knowledge?

I want to go back to the Old Testament, and examine how the people during Old Testament times used the term אבד (Abad), the word normally translated ‘perish.’ This word corresponds to the Greek ἀπόλλυμι, which is the word for ‘perish’ used in John 3:16. When the New Testament was translated into Hebrew, they used אבד in John 3:16.

Pharaoh’s officials asked him, “How long must this man be a snare to us? Let the men go, so that they may worship the Lord their God. Don’t you realize yet that Egypt is devastated?”2

The context of this quote is the locust plague in Egypt. Perhaps we might delay judgement on this text, and say that maybe Pharaoh’s officials were saying that their land had been marred forever. I do not think that is what they are saying, though. Look at how this modern version translates אבד. To perish is to be devastated. It is to be consumed by locusts!

I will destroy among his people anyone who does any work on this same day.3

The punishment for those who violated the Sabbath laws was death, not being “marred forever.” God did not keep Sabbath violators is a special place, secluded from his community, and keep punishing them. He destroyed them.

You will perish among the nations; the land of your enemies will devour you.4

If the Israelites disobeyed God’s covenant, they would be taken into exile in foreign lands, and devoured by those lands. The enemy lands would not simply mar their appearance. They would consume them.

They went down alive into Sheol with all that belonged to them. The earth closed over them, and they vanished from the assembly.5

This is a rather weak translation, given the history of the word seen above. Remember that this passage is describing the deaths of those who participated in Korah’s rebellion. They were swallowed up by the ground as punishment for rebelling against Moses and Aaron’s leadership. But the word ‘vanished’ does preclude any idea that אבד can mean a mere marring. The rebels who followed Korah were wiped out.

God vindicated Aaron by having his rod bud with life, and the Israelites, who had been complaining about his leadership, thought that they were all going to die. Here, they use two words which could be translated ‘perish,’ so the CSB translate אבד as ‘to be lost.’ But do not think that the word means anything like what the immortalists are saying. To be lost is not to live separated and isolated from God. To be lost for those Israelites was to die. They expected to be annihilated as a people.

you must drive out all the inhabitants of the land before you, destroy all their stone images and cast images, and demolish all their high places.7

Here the Israelites getting ready to invade the pagan nations in the promised land are told to אבד the idols and אבד the sacred places of these nations. Simply marring these idols, or hanging up ‘do not enter’ signs on the high places would not be enough. These symbols of rebellion against the LORD had to be eradicated or else the land would not be fit for the Israelites to inhabit.

I call heaven and earth as witnesses against you today that you will quickly perish from the land you are about to cross the Jordan to possess. You will not live long there, but you will certainly be destroyed.8

Here Moses warns the Israelites that they will quickly perish in Canaan if they do not stay true to the LORD. In fact, the word ‘perish’ in this text is actually a combination of two forms of the word אבד. The phrase אָבֹ֣ד תֹּאבֵדוּן֮ is an intensive way of expressing the idea of אבד. The KJV translated the phrase ‘utterly perish.” That this expression cannot imply anything other that complete extinction is made clear as well by the accompanying statement “You will not live long there, but you will certainly be destroyed.”

When Athaliah, Ahaziah’s mother, saw that her son was dead, she proceeded to annihilate all the royal heirs.9

Athaliah’s murder spree was another example of someone causing someone else to perish. In this case, it was the entire royal family she annihilated אבד. Athaliah did not imprison the royal family. She had them killed. How can anyone say that the word means to keep someone alive when it is obviously used in passages like this for the exact opposite? The CSB translators even use the word ‘annihilate’ for אבד.

So the Lord said, “You cared about the plant, which you did not labour over and did not grow. It appeared in a night and perished in a night.10

Jonah’s plant had died overnight. It was not simply isolated or marred. It ceased to exist, and that was why Jonah was sad. It was no longer there to offer him comfort from the heat.

So, when the New Testament warns us that unbelievers will perish, what are we to believe about their fate?

Here are some other passages containing the Greek ἀπόλλυμι, which mirrors the idea behind the Hebrew אבד:

After they were gone, an angel of the Lord appeared to Joseph in a dream, saying, “Get up! Take the child and his mother, flee to Egypt, and stay there until I tell you. For Herod is about to search for the child to kill him.”11

Herod did not want to simply mar the future king of Israel. He wanted to kill him.

If your right eye causes you to sin, gouge it out and throw it away. For it is better that you lose one of the parts of your body than for your whole body to be thrown into hell.12

If you gouge out your eye, it is lost. It perishes. Likewise, anyone thrown into hell, will perish – that is – be destroyed.

Then Jesus told him, “Put your sword back in its place because all who take up the sword will perish by the sword.13

The sword can mar someone, but Jesus’ use of the term here indicates death by the sword. Any other definition of ἀπόλλυμι does not fit the context.

Immediately the Pharisees went out and started plotting with the Herodians against him, how they might kill him.14

The Pharisees did not want to simply mar Jesus’ appearance. They wanted him dead.

He was in the stern, sleeping on the cushion. So they woke him up and said to him, “Teacher! Don’t you care that we’re going to die?“15

The disciples were not afraid of getting stuck on the boat for eternity. They feared being capsized and drowning.

Through these the world of that time perished when it was flooded.16

The flood of Noah’s day did not keep its victims prisoner for eternity. It destroyed them.

The wages of sin is death,18 and that death is hell. It is an ultimate death, from which there will be no resurrection. It is destruction, annihilation, and nothing less.

17The previous term, חרם, was discussed in the recent article “Set apart for destruction.”