You are here: Home / Bible / New Testament / The dead will hear, and come out 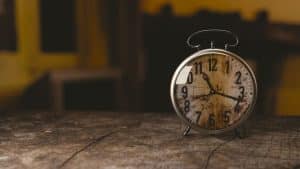 Jefferson Vann reveals the significance of Jesus’ promise to raise the dead in John 5:21, 24-29.

“ ‘And just as the Father raises the dead and gives them life, so the Son also gives life to whom he wants’ “Truly I tell you, anyone who hears my word and believes him who sent me has eternal life and will not come under judgement but has passed from death to life..” “Truly I tell you, an hour is coming, and is now here, when the dead will hear the voice of the Son of God, and those who hear will live. For just as the Father has life in himself, so also he has granted to the Son to have life in himself. And he has granted him the right to pass judgement, because he is the Son of Man. Do not be amazed at this, because a time is coming when all who are in the graves will hear his voice and come out — those who have done good things, to the resurrection of life, but those who have done wicked things, to the resurrection of condemnation.”1

We have been surveying the use of the Greek word ζωή (life) in John’s Gospel. We first looked at an author’s commentary in John 1:4, and saw that already in scripture, the idea existed of a coming light in the form of a person: a son, a gift from God who will bring life to his dying people, and deliver them from darkness and death.2

Next, we visited Jesus by night, along with Nicodemus, (John 3:1-21) and learned that this gift would be God’s own Son, who would be lifted u p like the desert snake,3 so that the ones believing in him might have permanent life.4 But those who do not believe will be condemned. Jesus did not go into detail with Nicodemus about the nature of that condemnation, but Nicodemus knew the fate of those Israelites who did not look in faith at the desert snake. They rejected the remedy. They died. They never made it to the promised land.

Then, we looked at t he words of John 3:31-36, where we discovered there are two kinds of people. There are t he believers ( ὁ πιστεύων ) in Christ, and t he rejectors ( ὁ ἀπειθῶν) of Christ. Only the believers will receive permanent life ( ζωή αἱώνιος ). The rejectors await God’s wrath, which will destroy them.

John 4:1-26 is t he next time we encounter ζωή. Jesus tells the Samaritan woman that she could have something called “living water” (ὕδωρ ζῶν).5 Jesus is talking about that permanent life ( ζωή αἱώνιος ) that he had mentioned to Nicodemus.

Today’s passage is John 5:21, 24-29. Jesus had just healed a lame man, but it was on a Sabbath, so the legalistic hypocrites commenced to systematically oppose and persecute him.6 They excused this behaviour because they felt that Jesus had asked for it by calling God his Father, thus making himself equal to God ( ἴσον τῷ θεῷ).7 Jesus’ response to that claim was nothing short of amazing. He said that he would prove his relationship to God and his identity by doing something that only God can do:

And just as the Father raises the dead and gives them life, so the Son also gives life to whom he wants.8

All of the claims that Jesus made about himself (like the seven I Am statements) are believed by true Christians. But the skeptic might say “where is your proof for all this faith?” The truth is, our proof is based on something that Jesus is going to do in the future. It hasn’t happened yet. Jesus promises it in such a way that for him it is a “done deal.” He speaks of believers having permanent life ( ζωή αἱώνιος) as a present possession.9 But, in today’s text we discover that Jesus must pass judgement before believers may receive their resurrection of life (ἀνάστασιν ζωῆς).10

But then, Jesus speaks of another hour (ὥρα), which the CSB translators render as a “time,” which will happen in the future. Jesus does not say that this time “now is” as he had when he was talking about the first “hour.” In fact, he tells us that this time will not begin to happen until all the dead who are in their graves will hear his voice, and come out.

Strong has called the first hour the spiritual resurrection, and the second the physical resurrection.12 That may be going a bit too far. I agree with Geisler that “Paul’s writings and the rest of Scripture teach plainly that believers are not resurrected until Christ returns again.”13

My point is that they are both promises from Jesus. As such, it is up to us to believe Jesus that he has given us new life today, and that he will raise us from the dead so that we can begin living that new life when he returns. But both promises are paired together in this text because you cannot have one without the other. There will be no one who will be raised from the dead on that hour which is to come and given permanent life who has not accepted the promise of that permanent life during this hour which now is.

But Jesus makes another distinction in this text which is just as important. He plans to raise all the dead (πάντες οἱ ἐν τοῖς μνημείοις), even those who have refused to hear his voice during this hour. As such, those who are thus raised and have not believed in him in this life are raised for the purpose of being condemned (εἰς ἀνάστασιν κρίσεως). What is the nature of that condemnation? If you have not received the promise of permanent life, the only other option is permanent death. The Bible calls this condemnation the second death.15

Going back to this passage in John’s Gospel, note that there were two kinds of people being pointed out – those who responded to Jesus’ words and miracles by believing in him, and those who chose not to believe in him. Jesus warns his listeners that a time is coming in which no one will have the option but to hear his voice. Everyone will rise at his command. The difference will be what kind of resurrection we will experience. Only those who accept his promise of life today will receive the fulfilment of that promise when he returns.

15Rev. 2:11 “Let anyone who has ears to hear listen to what the Spirit says to the churches. The one who conquers will never be harmed by the second death.” CSB; Rev. 20:6 “Blessed and holy is the one who shares in the first resurrection! The second death has no power over them, but they will be priests of God and of Christ, and they will reign with him for a thousand years.” CSB; Rev. 20:14 “Death and Hades were thrown into the lake of fire. This is the second death, the lake of fire.” CSB; Rev. 21:8 “But the cowards, faithless, detestable, murderers, sexually immoral, sorcerers, idolaters, and all liars– their share will be in the lake that burns with fire and sulfur, which is the second death.” CSB.