You are here: Home / Theology / Immortality / demon mortality and Revelation 20:10 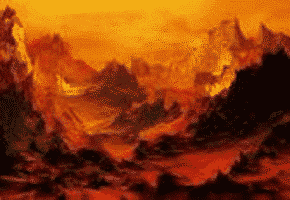 Pastor Corey McLaughlin recently wrote an article which suggested that angels and demons are exceptions to Paul’s statement in 1 Timothy 6:16 that God alone is immortal.1 Much of his argument was particularly focussed on Revelation 20:10. McLaughlin argued that if Satan, the Beast and the False Prophet will be tormented “forever and ever” then at least they must have immortality.

In my response,2 I pointed out that the phrase translated “forever and ever” in Revelation 20:10 literally translates “for ages and ages.”

The Greek phrase εἰς τοὺς αἰῶνας τῶν αἰῶνων appears sixteen times in the New Testament, and it always means the same thing: “for ages and ages.”

It means that those three demonic beings will suffer commensurate with the suffering they have caused. They will literally suffer for ages and ages because God is a God of justice. But, does it mean that God has granted them an immortal existence? No, the scene John describes in Revelation 20 ends with the whole sky and land he sees passing away. The lake of fire which John had seen will pass away with it (Revelation 21:1).

In a second article on this subject, Pastor McLaughlin replied that I had inadvertently strengthened his case by pointing out that the phrase is usually used in prayers for God’s eternal glory.3 Yes, the phrase εἰς τοὺς αἰῶνας τῶν αἰῶνων is consistently translated “forever and ever” but it never literally means that. It always literally means “for ages and ages.” So, McLaughlin is arguing that since we consistently mistranslate the phrase elsewhere, that we should remain consistent and mistranslate it in Revelation 20:10 as well. God is immortal, and these demonic beings are not. But if we remain consistent and mistranslate Revelation 20:10, making it assert that these demonic beings will suffer “forever and ever” then we must conclude that they are immortal. Theological progress cannot be made until we are willing to correct our mistakes, not bury them in mistranslation.

McLaughlin also quoted me as saying “The consistent use of the phrase εἰς τοὺς αἰῶνας τῶν αἰῶνων in the New Testament suggests that John saw these three beings (Satan, the Beast and the False Prophet) being tormented for a long period of time – many ages” and asserted that the statement is a non-sequitur. A non-sequitur is a statement that does not follow logically from what preceded it. But my review of all the uses of the phrase in the New Testament showed that each one referred to literal ages and ages. Some of them used the phrase as a figure of speech for God’s eternal reign, but none of them changed the literal meaning of the phrase. But McLaughlin is arguing that the phrase εἰς τοὺς αἰῶνας τῶν αἰῶνων must mean literally “forever and ever.” It has to mean that, or else his claim that angels and demons are immortal cannot be substantiated by that phrase appearing in Revelation 20:10.

I will concede that whether God has created another class of immortal beings is a question not treated with absolute clarity in the Bible. I also agree with McLaughlin’s assertion that people can hold differing views on this subject and still qualify as conditionalists. To address the question, both sides will need to put forth particular claims, and provide evidence to defend our claims. Then, to further the discussion, we each should evaluate each others’ claims and proposed evidence. I want to thank Pastor McLaughlin for his evaluation of my initial response. I hope to revisit his articles in the future to speak to some of his other claims.