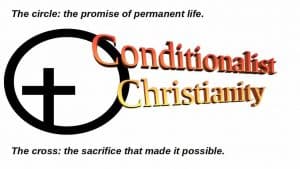 In this article, Jefferson Vann provides an example of biblical theology, as he traces the promise of a future permanent life from creation to David. That promise of a future permanent life to believers of all nations is the message within the message of both the Old and New Testaments. That message was concealed within the Old Testament, but can be clearly seen by reading it in the light of the New Testament.

The Bible is all about the promise of a future permanent life. We see this in a statement Paul made in his last letter to his spiritual son and fellow missionary, Timothy. Sitting on death row in a Roman jail, Paul told Timothy about what God purposed before the ages began and revealed through Jesus Christ, who brought life and immortality1 to light through the gospel message that had been Paul’s focus since the Damascus road (2 Timothy 1:9-11). For Paul, this message was worth living for and worth dying for. It was the promise of a resurrection to a permanent life. It was hope beyond the grave. The real reason for this temporary life is the chance it gives us to attain to that permanent one.

Reading the Bible with this in mind helps us understand its purpose as well. If you just read the Bible as a group of stories and sayings in which people and nations happen to bump up against God, you are missing this central point – the one Jesus brought to light. It is the message within the message, and it can be summarized thus: God has zeroed in on a few temporary mortal beings all over this planet (and throughout time) and has promised by his grace to change them into immortal beings.2

If you have ever been reading a newspaper or magazine and run across the name of someone you know, you probably got more interested in the article rather quickly. That explains why Christians can read the Bible many times during their lifetimes, and still be enthralled by it. It is not just a bunch of old stories and laws. It is the story of how our God reached down into the fabric of time and space and granted us a precious inheritance – the gift of permanent life.

((The ten Old Testament eras reflected here are adapted from Constance M. Reynolds, A Journey of Promise. (Makati City, Philippines: Church Strengthening Ministry, 2003). The titles for them are my own. All dates are estimates based on the genealogical and historical references in the Bible.))

God starts out his story with two perfect places: a heaven filled with glorious spirit beings, and an earth filled with good creatures of all kinds, under the dominion of two human beings, who rule the planet as God’s representatives. Soon disaster strikes. Some of those glorious spirit beings rebel against God, siding with Satan, and refusing to honour God as their creator. Satan takes an unauthorized trip to earth to spread his rebellion there, convincing Adam and Eve to trust their own judgment rather than God’s commandment. God had warned his creatures not to sin, because it would change their nature (making them mortal), and destiny (causing them to eventually die).4 The next few centuries tell the consequences of sin in the world, eventually making it a world so corrupt and violent that God had to destroy it with a flood. The symbol of the believer’s inheritance that stands out in this period is the tree of life. Although humanity lost access to it through sin, Christ gained it back for us on another tree – the cross of Calvary.

One symbol of permanent life in this era is the rainbow, by which God promises by his grace to preserve the lives of the animals and Noah’s family. He could have destroyed everyone and recreated, but he wants to redeem, not destroy. This early in history, we see a God who wants to sustain life, not destroy it. Already, hints of a promised future permanent life are beginning to appear.

When the following civilization at Babel seeks to build a monument to its own power in unity, God scatters them by confusing their language. This resulted in the linguistic and ethnic nations that cover our globe today. God wanted this scattering to occur because the civilization he plans to resurrect and preserve permanently will be multinational and multicultural.

In the previous era, God had cursed all humanity in order to spread his promise to all the earth. In this era God blesses and calls one man, to be the channel through which that promise would come. The lives of Abraham, Isaac, Jacob and Joseph reveal that God wants to protect them and provide for them because from their lineage an even greater man of promise would come. One symbol of permanent life in this era is the ordeal of Abraham on Mount Moriah. Here God asks Abraham to sacrifice his son Isaac, but out of compassion provides a substitute instead. That Ram God provided foretold of the coming Messiah, whom God would provide as a substitute to permanently preserve the lives of his redeemed.

The concept of the substitute shines through in this era as well, not only in the Passover lamb, whose blood had to be prominently placed outside the homes of the Israelites((No one knows for sure what word was implied by the blood being placed on the top and sides of each doorframe (Exodus 12:7). But the placement would produce a very visible sample of the Hebrew letter ח (Chet). My guesses are that the letter stood for either חֶסֶד (chesed), the word for mercy, or חיִּים (chayim), the word for life.)), but also in Moses himself. He had to choose to suffer as an Israelite rather than deny his people and destiny. This prince of Egypt became a suffering servant, and a type of the Messiah as a Suffering Servant who is to come. And, like that Messiah to come, much of Moses’ suffering was at the hands of the Israelites themselves. But the author of Hebrews pointed out what motivated Moses. He was looking to the reward. The promised land was another hint of the promise of a future permanent life.

Perhaps one of the clearest “hints” God gives during this era of his future plans of an inheritance of permanent life is the water he supplied for the nation from a rock. Moses was told to do this once, and God provided the water that his people needed to live. But later, when God told Moses to speak to a rock, he struck it again. God was not pleased, and Moses lost the chance to enter into Canaan himself. By striking the rock twice, Moses disrupted the hidden message that God had provided. That rock was a symbol of Christ, who would be struck (crucified) to provide permanent life for his people.

Most of the time in between the two crossings was spent by the Israelites wandering in the wilderness, trying to survive their freedom. God gave them all they could ask for: his presence, his provision, his priests to intercede for them, and his prophet to tell them what he wanted. But for most of them, God’s grace was not enough. The road to Canaan was littered with the bleached bones of those who had been delivered without being changed. But the next generation – the one that grew up in this environment – was prepared for the next stage of God’s plan for his people: the conquest.

The next 475 years see the emergence and development of Israel as a nation – even as a superpower. In spite of the fact that God is clearly for his nation, they constantly fail him. They struggle internally, failing to keep their covenant with God that had been mediated by Moses, as is evidenced by internal violence, corruption, and idolatry. They also struggle against the surrounding nations, who seek to oppress and control them.

One symbol of the believer’s inheritance of permanent life which appears in this era is David himself. David is not the sinless Messiah promised, but he is a symbol pointing to his greater son, who will be. David expressed belief in his own resurrection and predicted the resurrection of the Messiah when he said “because you will not abandon me to the grave,10 nor will you let your Holy One see decay” (Psalm 16:10, Acts 2:29-32). One of the catalysts that moved this nation into political and social greatness is their belief in a God who would not allow their death to be permanent. He would remember, and resurrect.

The next article in this series continues this review of the promise of a future permanent life in the Scriptures.