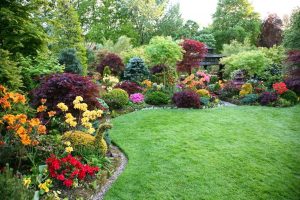 Jefferson Vann shares a devotional thought about the resurrection from John 19:41-42.

John 19:41 There was a garden in the place where he was crucified. A new tomb was in the garden; no one had yet been laid down in it.

John 19:42 They laid Jesus down there because of the Jewish day of preparation and since the tomb was nearby.

Chuck Smith says this about the garden tomb:

“…if you will go today to Jerusalem, and you see the skull on the side of the mountain at the top of Mount Moriah, just adjacent to it there is a lovely garden that is an ancient garden, because you can see the cisterns that are still there from ancient days that were used for the watering of that garden. And there happens to be in that garden, a very interesting tomb that has a little trough in front of it that shows that at one time, there was a stone rolled along that trough to cover the door of that tomb. I am of the personal deep conviction that that is the very tomb where Jesus’ body lay.”1

Lord, thank you for your obedience, making new life possible for us.