You are here: Home / Bible / New Testament / The author of Hebrews chimes in 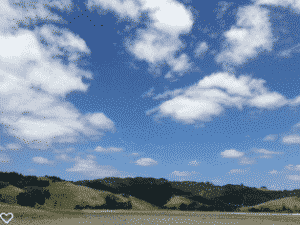 The author of Hebrews chimes in

In a series of articles I began in 2016, I have been investigating how popular English translations render the words which in normal secular writings would be land (the Hebrew word ארץ (erets) and the Greek word γῆ (gē) or sky (the Hebrew term שמים (shamayim) and the Greek term οὐρανός (ouranos). Traditionally, bible readers are used to a “heaven and earth cosmology” and the English versions reflect this tradition. What I want to see is how many of the actual texts of scripture reflect this heaven and earth cosmology. My hypothesis is that most of the scripture texts reflect a more secular “land and sky” cosmology.

In this article, I am looking at the particular references to γῆ and οὐρανός in the book of Hebrews. I will compare the renderings in four English translations: the King James Version (KJV), the Holman Christian Standard Version (HCSB), the 2011 English Standard Version (ESV) and the New English Translation (NET).

The author of Hebrews mentions the creation of τὴν γῆν … καὶ …οἱ οὐρανοί.

The modern versions follow the tradition of the KJV consistently. But if these statements reflect a “heaven and earth” cosmology, it leads to theological conclusion that the present “heaven” where God lives is temporary, and will not last. The author of Hebrews says that οἱ οὐρανοί “will perish” (1:11).

If the author of Hebrews reflects a “heaven and earth” cosmology, he is predicting the eventual destruction of heaven. But, if he is reflecting a “sky and land” cosmology, he is merely saying that the created skies will eventually be destroyed. So, it matters how the words οἱ οὐρανοί are translated here.

>What has happened, because of these mistranslations, is that our English versions perpetuate a theological inconsistency. On the one hand, heaven, the place where God’s throne is, is said to be permanent:

But, then in the same passage, these versions have the biblical author stating that “the heavens” will perish.

Theologians usually suggest one of two approaches to this inconsistency. Either the postulate the creation of a new heaven after the old one passes away, or they suggest the biblical authors were only referring to some of the heavens, not all of them. But the phrase αὐτοὶ ἀπολοῦνται in Hebrews 1:11 does not limit the meaning of οἱ οὐρανοί in verse 10. If οἱ οὐρανοί is rendered in its normal, secular meaning of “the skies” then the theological problem is solved.

But is there evidence in Hebrews that the author is using οἱ οὐρανοί in the limited sense of God’s throne? Some would point to Hebrews 4:14 as such evidence.

If “passed into the heavens” means “gone to heaven” then this verse is evidence that the author of Hebrews reflects a “heaven and earth” cosmology. If that is the case, we would then have to read “the heavens will perish” as a prediction of the eventual destruction of the celestial place where God is enthroned.

But before we come to that conclusion, let us examine how the other modern English versions render that verse.

The verb διέρχομαι, meaning to go through something. They are not the same words that Peter used when he said Jesus has now gone into heaven (1 Peter 3:22). Peter was talking about Jesus’ destination, but the author of Hebrews was talking about the places Jesus passed through to get there. These places we call the sky, and space. It only brings confusion to refer to these places as the heavens. They are not heaven.

Notice also what the author of Hebrews says about Christ’s exaltation above τῶν οὐρανῶν:

The consistent use of “the heavens” here brings out another possible theological conundrum. If “the heavens” includes the heaven where God’s throne is, then the verse suggests that Christ will be exalted above the Father. If, rather, the phrase τῶν οὐρανῶν were translated “the skies” (reflecting a “sky and land cosmology) there would be no confusion and no contradiction.

Notice how the author of Hebrews describes the actual throne in heaven, and Christ’s place there:

It is quite clear that ἐν τοῖς οὐρανοῖς in this context is the place where God’s throne is, so the phrase can be appropriately translated either “in the heavens” or “in heaven.” Yet even here the author may have had in mind the idea that God’s throne is “in the skies” above.

Hebrews 9:23-24 calls the temple rituals copies of the things in the heavens (ἐν τοῖς οὐρανοῖς), but says that Christ has entered heaven itself (εἰς αὐτὸν τὸν οὐρανόν). The author may be saying that these copies are in the skies, but clarifying that Christ is in heaven by changing to this singular and more specific grammatical construction.

But the singular of οὐρανός is not always a reference to heaven either. Most of us, when referring to the stars above us, say that those stars are in the sky. Note how these two versions translate the verse below, which refers to the stars τοῦ οὐρανοῦ:

Even that ancient King James Version got that right. Despite a prejudice toward a “heaven and earth” cosmology, it was obvious that the reference was to the stars of the night sky.

But the “heaven and earth” cosmology has raised its head in modern translations of this verse as well:

Maybe these translators were thinking about the 1946 Frank Capra film “It’s a Wonderful Life” starring Jimmy Stewart as George Bailey, and Henry Travers as Clarence. In the film, Clarence is an angel, and we first see him manifested as a blinking star in the night sky.

Returning from the world of fiction to reality, we all know that heaven does not contain stars in it any more than it contains birds in it. The birds fly in the sky and the stars shine in the sky. The use of the word heaven in that context is merely a betrayal of the translators’ “heaven and earth” cosmology.

At least twice the author of Hebrews uses the plural of οὐρανός but is definitely referring to heaven, not to the sky or skies. In 12:23 he speaks of the saved as having been registered ἐν οὐρανοῖς. And in 12:25 he refers to Christ speaking ἀπ᾽ οὐρανῶν.

The final verse we will investigate contains both of our search words:

Hebrews 12:26 Whose voice then shook the earth: but now he hath promised, saying, Yet once more I shake not the earth only, but also heaven (KJV).

This is a difficult verse to deal with, particularly coming in a context where οὐρανός has already been used regarding God’s throne in heaven. Yet the context of the verses after this clarify that what will be shaken are “the created things.” It would therefore be consistent to translate this text “not the land only, but also the sky.” The unshakable kingdom to come will not replace heaven, but it will replace the present sky and land.