You are here: Home / Bible / Old Testament / introducing the breath of God 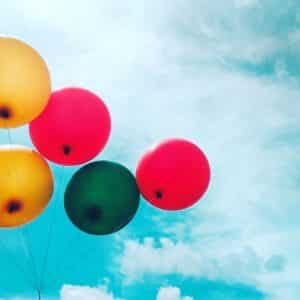 In “introducing the breath of God” Jefferson Vann shows how Moses used the Hebrew word that is most often mistranslated as “spirit.”

Over the past few years, I have had the opportunity to engage in a uniquely productive form of Bible study. I have been translating Scripture! I began with no preconceived notions about the best translation theory, but in the process of actually translating I have developed some consistent habits. One of those habits is that when I find a word in English which is very popular among the other available translations, I inquire more closely to see whether that word is appropriate. I have discovered that many of the words which traditionally appear in our English texts do not necessarily convey the meaning implied in their Hebrew, Aramaic or Greek originals. In fact, some of those English words are so filled with cultural and theological meanings that they engulf and hide their corresponding original biblical meanings.

My recent series of eleven articles on the biblical concepts of the sky and the land is an example. I showed in those studies that the meaning of the biblical authors has been hidden by the use of words which imply something that (in most cases) they never intended to imply. In my experimental translation, I seek to rediscover the implied meaning of biblical terms, and to convey those meanings using more precise words. One advantage of that process is that it encourages readers to rethink their assumptions about the words, and the passages where they are contained.

The word spirit (or Spirit) appears almost six hundred times in our English Bibles. It comes from the Latin spiritus, which means breath. The noun comes from the Latin verb spirare, which means to breathe. As such, the word technically equates with the Hebrew רוּחַ (ruach), and the Greek πνεῦμα (pneuma). As such, I cannot condemn Bible translators (particularly those looking for formal equivalence) for using the word in their translations. But my concern is that the English term spirit has a long tradition of connotation and denotation which may not be implied at all in its biblical uses. To continually use this English term in accordance with tradition will only serve to obscure and hide the intended meaning of many biblical texts.

English speakers tend to use the word spirit when we are referring to the nonphysical aspect of a person, in comparison to their physical or outward appearance. We sometimes use it to refer to a person’s ghost manifesting after his death. We also use the term to designate non-corporeal beings, like angels or demons. We also use the capitalized form in the title of the Holy Spirit. All of these various uses of the term swim around in our minds and color the way we interpret any passage of Scripture we encounter where רוּחַ or πνεῦμα appear.

I am convinced that the English word breath is by far the most appropriate translation of both רוּחַ and πνεῦμα. I believe that by re-examining the biblical texts containing these words, we will rediscover implications and teachings of the biblical authors that have long since been buried. As an example of this, I want to share my analysis of the 95 instances of רוּחַ in 35 verses where the word appears in the writings of Moses.

The first appearance of רוּחַ is in conjunction with the creation narrative of Genesis 1:

There are three elements of the original creation, and all three of them are described as lifeless. The sky is described as a dark deep space. The land is unformed and unfilled. The water is still. Enter the Breath of God. Moses uses resurrection language to describe the creation of the universe. It is first created inert, and then made alive by the Breath of God. God’s Breath begins the process of animating the inanimate creation by shaking up the water. Anyone reading these words can picture someone blowing over water, making it shake and ripple.

The very first instance of רוּחַ in the Bible reveals an important theological concept that tends to remain hidden because of an overused gloss that has been traditionally accepted in translation. God’s Breath is quite significant as a metaphor for creation and animation. If readers were to encounter this text alone – without the accompanying baggage of religious tradition that defines רוּחַ as essentially a title, those readers would recognize that the term is being used as a metaphor for the creation act as a means of vitalization of inanimate matter.

Pharaoh recognized that Joseph was extremely gifted and capable and would be the best person for his second-in-command to oversee the management of his nation’s resources during the impending crisis due to the drought years to come. Pharaoh’s description of Joseph’s special ability matched the ancient creation account. He said that Joseph had God’s breath (‎ר֣וּחַ אֱלֹהִ֔ים) in him.

The next two times the exact phrase Breath of God (‎ר֣וּחַ אֱלֹהִ֔ים) appears in the Mosaic corpus it is describing the empowerment, skills and abilities of the craftsman Bezalel. Again, the term is used to designate creativity. In the New Testament, a special gift given to a believer to fulfill the work of the body of Christ is called a πνευματικός (pneumatikos) which a form of πνεῦμα. Like Bezalel, New Testament believers have been gifted with special abilities and talents because God has breathed those abilities into them. He has filled them with his breath.

When God instructed Moses to install seventy elders to help him with the task of ruling Israel, he explained this process as a sort of redistribution of Moses’ breath.

Numbers 11:29 But Moses said to him, “Are you jealous for my sake? I wish that all Yahveh’s people were prophets, that Yahveh would put his Breath on them!”

This appearance of the phrase Breath of God in the Mosaic corpus describes the impact of God’s divine intervention in the life of the pagan prophet Balaam, causing him to bless Israel instead of cursing him as the pagan king Balak wanted. This change in the heart of the prophet was the direct work of God, and described as the consequence of God breathing on him.

Joshua’s chief qualification to take over the ministry of Moses was put simply. He had the Breath of God as Moses had.

There are numerous passages in Moses where God’s breath is regarded as the source of life for all living creatures.

The term ‎רוּחִ֤י (My Breath) and the phrase ר֣וּחַ חַיִּ֔ים (breath of life) are synonymous. The breath of God is the source of animation for all creatures – not just humans. He is the God of the breath – and breaths – of all flesh. Using the term breath here (instead of spirit) establishes the link between these references and the creation narrative. Adversely, using the term spirit hides that link.

There are a few times in Moses where the breath is used metaphorically of a person’s attitude or disposition. A person’s breath may be described as disturbed (Genesis 41:8), different (Numbers 14:24), revived (Genesis 45:27), short (due to suffering) (Exodus 6:9), wise (Exodus 28:3), moved to generosity (Exodus 35:21), or moved to jealousy (Numbers 5:14, 30). Because the breath is such a significant indicator of life and vitality, it is often used in synecdoche – where the breath stands for the whole person.

This concludes my review of the Hebrew term רוּחַ in the first five books of the Old Testament. The term is found to be best translated by the English breath or Breath in most cases. In a few cases it refers to a breeze or wind. But there is not a single instance where the word spirit (or Spirit) more clearly indicates the original author’s intended meaning.

Other articles in this series