You are here: Home / Bible / Old Testament / where did all the spirits go? 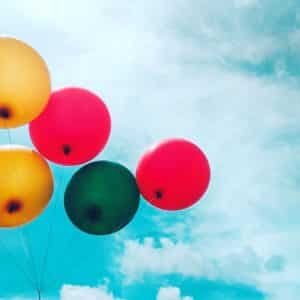 In “where did all the spirits go?” Jefferson Vann shows how the authors of the Hebrew historical books in the Old Testament used the word that is most often mistranslated as “spirit.”

In our study of the Hebrew word רוּחַ (ruach) in the books of Moses, we found this semantic range for the word:

First, רוּחַ is the Breath of God, as the source of life for all creatures.

Secondly, רוּחַ is the Breath of God as initiating a creative act, or a source of human creative power or skill.

Thirdly, רוּחַ (as breath) is a basis for metaphors relating to the altering of various human characteristics.

Fourthly, רוּחַ is a common word for wind.

I noted in a previous article that there is not a single instance where the word spirit (or Spirit) more clearly indicates the original author’s intended meaning for this word.

We now turn our attention to the 61 verses in the historical books of the Old Testament (Joshua to Esther) which contain this word. We are on the lookout for new developments in the use of the word, but first we will summarize the uses which follow the same pattern set by Moses.

The Judges were known for their valor as warriors for God and his people, but it was the Breath of God which was always pointed out as the source of that power and skill. This puts the judges in the same category as those Moses had pointed out as recipients of God’s special creative power and skill, like Joseph, Bezalel, the seventy elders and Joshua.

Samuel instructed Saul to travel to Gibeah and the historian records what he said would happen, and also what happened:

A similar thing happened when Saul heard of the plight of the men of Jabesh-Gilead:

Later, God decided to withdraw his powerful breath from Saul and to endue David with his power:

Three teams of agents were sent by Saul to arrest David, but they all were overcome by this same powerful Breath of God, and began prophesying instead (1 Samuel 19:20-21). When Saul himself sought David in Naioth, the same thing happened to him (1 Samuel 19:23-24).

Rahab admitted that she and her city had been deeply moved to fear because of the Israelites.

The Transjordan Amorite kings had the same reaction.

When Gideon appeased the anger of the Ephraimites, their angry breath against him relaxed (Judges 8:3).

To avenge the crime against the seventy sons of Jerubbaal, God sent an evil breath between Abimelech and the citizens of Shechem (Judges 9:23-24).

God miraculously provided water to keep Samson from dying of thirst after he had killed a thousand Philistines. He split a hollow place in the ground at Lehi, and water came out of it. After Samson drank, his breath returned, and he revived (Judges 15:19). An Egyptian was revived from a similar state by food from David and his men (1 Samuel 30:11-12).

In describing her anguish at being barren, Hannah said I am a woman with hard breath (1 Samuel 1:15).

After Saul had proven himself unfaithful, God removed his breath from him and empowered David instead. The result was an evil breath sent from the Lord began to torment him (1 Samuel 6:14). The resulting irritation he felt could only be soothed by music.

It didn’t always work so well. One day, David was administering his lyre therapy, when Saul decided that David was his problem, and threw his spear at him. This happened because an evil breath sent from God had come powerfully on Saul (1 Samuel 18:10). David avoided being skewered, but then it happened again (1 Samuel 19:9-10) so David knew he had to escape Saul.

We also find a few instances where the word refers to some kind of wind.

David, in a song about his rescue from Saul, says that God flew down to help him, soaring on the wings of the wind (2 Samuel 22:11).

breathing of the breath (semantic range #1)

One of the interesting things about Hebrew is the way it uses synonyms to express things poetically. This characteristic is most predominant in the poetical books, but appears in the other genres as well. In David’s song celebrating his rescue from Saul, he describes God’s answer to his prayer for deliverance this way:

The word David uses for breath is רוּחַ. The word that I translate breathing is נְשָׁמָה (neshamah) which is also often translated breath in English. The first appearance of נְשָׁמָה in the Bible is a very familiar verse.

It is clear that Moses uses נְשָׁמָה in the same way as he uses רוּחַ – as the animating force which gives life to a lifeless creature. There are numerous other passages in the Old Testament (in addition to 2 Samuel 22:16) where these two words are used as parallels, showing that they are synonyms.1  I think that breathing is a better gloss for נְשָׁמָה because there are a few instances in the historical books where the term implies a creature still alive:

The reason I have to make this point is that the popular English versions of the Bible regularly use the word spirit to translate both these words. When they do so, they introduce the concept of possession of a secondary element into the creature – and this secondary element is presumed to be an incorporeal being.

The following lists show how often this is done in the historical books. For each reference, the word spirit is used instead of breath or breathing.

More lists could be added, because it is very common for Bible versions to utilize the word spirit to translate either of these Hebrew words. By so doing, these versions are influencing the theology of the readers. They are convincing the readers that there are numerous biblical references to humans possessing incorporeal beings which cannot be destroyed. Linguistically, these translations are introducing a fifth meaning into the semantic range of רוּחַ and also add to the semantic range of נְשָׁמָה.

One of the purposes of this series of articles is to show that those extra meanings added to the semantic range of these words is not necessary linguistically. The idea of God’s Breath supplying a person with supernatural power or skill is already implied in the second item in the semantic range of רוּחַ. The idea of an altering of a person’s breath being used metaphorically of an altering of his or her character is already implied in the third item in the semantic range of רוּחַ. Between those two, every instance of apparent possession of a so-called spirit in the historical books is explained.

Whether there exist such things as angels and demons is not the issue here. I personally believe that such beings do exist, and I have encountered them in my ministry as a pastor and missionary. My point is that both Hebrew terms we have been investigating show that humans do not possess any immortal substance which survives their death. They possess bodies with breath in them. When they die, they stop breathing. Whether there is an afterlife (or the possibility of one) cannot be proven by referring to these texts.

As conditionalists, our hope for the future does not depend on a theology that humans automatically possess something within us that cannot die. Our hope and expectation of a future life depends on God who promised to raise believers from the dead, and grant them immortality by his grace.

Previous article in this series:
introducing the breath of God  March 15, 2019.