You are here: Home / Theology / Exploring Conditional Immortality / Two Legs to Stand On 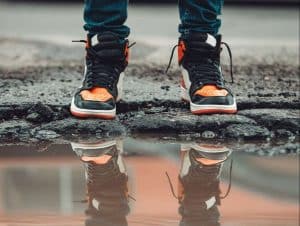 It is often said of someone caught in an unjustifiable opinion or action, that he or she “doesn’t have a leg to stand on.”  Actually, you need two legs to stand securely, not just one, and Conditional Immortality does have two legs to stand on: human mortality and annihilation at judgment.  That is, consistent conditionalism denies both the immortality of the soul and eternal torment. And my point is, you need both “legs”.

Today, thankfully, there are many many thoughtful Christians who have realised that the traditional doctrine of hell as a place or state of everlasting suffering is wrong, biblically, theologically, morally. According to the consistent teaching of the Bible, the ultimate fate of the lost will be “death”, “destruction”. This is one “leg” of conditional immortality.

However, it seems that many who discover that truth remain committed to a doctrine of natural human immortality, that the human soul or spirit does not, indeed cannot, die.  Many continue to believe that death is but the entrance to another form of life, that, for example,  the saved “go to heaven” at death.  In fact, many think of the final resurrection as something which is necessary only for the body, so that it can be reunited with the already-immortal soul or spirit.

But the question then remains, what happens to the souls or spirits of those who are not saved? If human souls are immortal, how can their ultimate fate be anything other than eternal torment (or restoration, as some believe)? And how can the lost who have died not be experiencing suffering in some form of “hell” even now?

Somehow, many who rightly question traditional teaching about hell, nevertheless are most reluctant to re-examine traditional teaching about the human soul, or the nature of death.  I have even known Christians who are happy to imagine that their saved family or friends are already in heaven and yet have given no thought at all to what this implies about their unsaved family or friends.  All this inconsistent compartmentalisation of ideas will not do.  And it is all so unnecessary.  The Bible itself is totally consistent and we must be, as well.  Conditional immortality stands on two legs: human mortality (until the resurrection at Christ’s return) and annihilation (at the last judgment, for the lost).

Edward Fudge wrote the classic Bible-based exposition of annihilation, The Fire That Consumes.  In his last book, Hell A Final Word, he has made very clear the connection between the rise, historically, of the doctrine of eternal torment and belief in the immortality of the soul. Fudge writes: “The doctrine of everlasting torment was the direct descendant of the doctrine of immortal souls.”1

As Fudge explains, the Christian thinker most influential in the rise of the eternal torment doctrine was Tertullian. Having been heavily influenced by the writings of Plato, Tertullian was utterly convinced of the immortality of the human soul and this is why he was also convinced of eternal torment and reinterpreted Scripture on that basis. “If souls are truly ‘immortal,’ they cannot die, perish, or be destroyed – the three words used most often in the Bible to describe the final end of the wicked,” Fudge writes, explaining Tertullian’s logic.2  And therefore, concluded Tertullian, the wicked must suffer forever and terms such as these, when used in Scripture in this connection, must mean something else. Many Christian teachers still use the same “logic” today.

Later St Augustine wrote in agreement with Tertullian and from then on the ascendancy of the eternal torment doctrine was assured.  As Fudge says: “Once the idea of everlasting torment was accepted and established, the church explained every Scripture to match the accepted doctrine, even when that meant creating an explanation that seemed to say the opposite of what the Scripture itself seemed to say.”3 It is even said, rather frequently, that everyone has eternal life and it is merely a matter of where and how you will spend it!

It is equally true of course that, once the doctrine of the immortality of the soul was accepted and established, even taken for granted, as an import from Platonist Greek philosophy, the church became adept at explaining away every Scripture that did not fit and creating an alternative explanation to harmonise with the imported dogma.  Indeed, traditionalist teaching about death seems to have been merely perpetuating, by every perverse means, the serpent’s ancient lie: “You shall not surely die'”!4

No more! All this must stop, for Scripture’s sake, for the Gospel’s sake, for sanity’s sake! Traditionalist teaching on both these points, death and hell, has not a leg to stand on! And we must stop trying to stand on only one leg, annihilationism. These two legs, both human mortality, rather than some interim heaven, hell, or purgatory, and final destruction after judgment, rather than everlasting suffering, are both biblically and logically necessary. Together they truly depict the human condition and human destiny apart from Christ: “The wages of sin is death” (Romans 3:23). And by the same token they throw into clear and glorious relief the Gospel of God’s redeeming grace: “The gift of God is eternal life through Jesus Christ our Lord” (Romans 3:23). 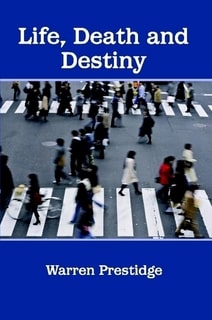 My book, Life, Death and Destiny, remains one of the few treatments available that expounds both “legs” of conditionalism biblically, consistently and concisely.

Conditional immortality stands upon those two legs: mortality and annihilation.  But it is not at all a negative stance. It is merely the necessary context for perceiving and preaching the main thing: the saving grace of God. “Life only in Christ“: this is what conditional immortality really stands for, positively and truly. Christ is indeed “our life”, as Scripture declares (Colossians 3:3). We must learn to rely entirely upon Him, by faith. Without Him we “will not see life” (John 3:36). Those who belong to Christ, however, have “life in all its fullness” (John 10:10) and He “will raise them up on the last day” (John 6:40).