You are here: Home / Theology / Evangelical annihilationism / two case studies – the meaning of ἀπόλλυμι in Acts 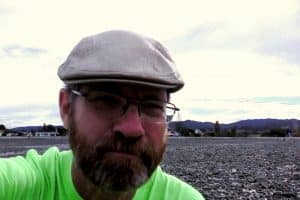 In “two case studies – the meaning of ἀπόλλυμι in Acts” Jefferson Vann shows that the word expressing the fate of the wicked properly means “to be destroyed.”

Seven years ago, Tarnya wrote a small article in which she contrasted two theological opinions on the meaning of the Greek word ἀπόλλυμι (apollumi).

She quoted Bill Mounce as arguing that the word can mean destroy, but “it is context (including one’s theological understanding of the ideas conveyed by the word) that make the final decision.”1

She then quoted Glenn Peoples, who argued against taking a meaning that “arises from a significantly different usage of apollumi – a different voice, or a different body of literature, or a different context (e.g. where we are no longer looking at the actions of one person or agent against another), and to insist that we should attribute that meaning to a use of the word that conforms to the pattern described here, at very least requires a very robust defence.”2 Glenn was arguing that instances where ἀπόλλυμι is used in a less than literal sense cannot be used to imply that the word means something besides destroy. To do so would commit the lexical fallacy known as illegitimate totality transfer. Glenn argued that in passages like Matthew 10:28, where the word is used to describe what one person (in this case, God) does to another person (in this case, the sinner in Gehenna hell). In such cases, the only legitimate meaning of ἀπόλλυμι is to destroy – to put to death.

This is how I translated the word in Matthew 10:28:

Matthew 10:28 And do not fear from the killers of the body (who are unable to kill the soul). Instead, fear the one who is able to destroy (ἀπόλλυμι) both soul and body in Gehenna.

It is clear from the verse itself that destroying means killing.

Since I encountered ἀπόλλυμι in my translation of the book of Acts this morning, I wanted to share my translations there too, because they serve as a case study on the word.

The first instance of ἀπόλλυμι in Acts is in 5:37. Here is the passage I was translating:

Acts 5:34 But a Pharisee named Gamaliel, a teacher of the law who was respected by all the people, got up in the Sanhedrin and ordered the men to be taken outside for a little while.

Acts 5:35 He said to them, “Men of Israel, be careful about what you’re about to do to these men.

Acts 5:36 Some time ago Theudas got up, claiming to be somebody, and a group of about four hundred men rallied to him. He was taken out, and all his followers were dispersed and came to nothing.

Acts 5:37 After this man, Judas the Galilean got up in the days of the census and attracted a following. He also was destroyed (ἀπόλλυμι), and all his followers were scattered.

In the passage, Gamaliel talks about two false Messiahs who were killed. In verse 36, he says that Theudas was “taken out” a translation of ἀναιρέω – an obviously figurative expression that Luke commonly uses for murder.

Acts 2:23 Although he was given over1 according to God’s determined plan and foreknowledge, with lawless hands you took him out – fastening him to a cross.

Acts 5:33 When they heard this, they were enraged and wanted to take them out.

Acts 7:28 Do you want to take me out, the same way you took out the Egyptian yesterday?

Acts 9:23-24 After many days had passed, the Jews conspired to take him out, but Saul learned of their plot. So they were watching the gates day and night intending to take him out,

Acts 9:29 He conversed and debated with the Hellenistic Jews, but they tried to take him out.

Acts 10:39 We ourselves are testifiers of everything he did in both the Judean country and in Jerusalem, and yet they took him out by hanging him on a tree.

Acts 12:1-2 About that period King Herod forced hands on some who belonged to the church, and he took James out, John’s brother, using a sword.

Acts 13:28 Though they found no grounds for the death sentence, they asked Pilate to have him taken out.

Acts 16:27 When the jailer woke up and saw the doors of the prison standing open, he drew his sword and was going to take himself out, since he thought the prisoners had escaped.

Acts 22:20 And when the blood of your testifier Stephen was being shed, I stood there giving approval and guarding the clothes of those who took him out.’

Acts 23:15 So now you, along with the Sanhedrin, make a request to the commander that he bring him down to you as if you were going to investigate his case more thoroughly. But, before he gets near, we are ready to take him out.”

Acts 23:21 Don’t let them persuade you, because there are more than forty of them lying in ambush – men who have bound themselves under a curse not to eat or drink until they have taken him out. Now they are ready, waiting for your consent.”

Acts 25:3 asking for a favor against Paul, that Festus summon him to Jerusalem. They were, in fact, preparing an ambush along the road to take him out.

Acts 26:10 I actually did this in Jerusalem, and I locked up many of the devotees in prison, since I had received jurisdiction for that from the chief priests. When they were taken out, I was in agreement against them.

In each of these instances, the word is used figuratively, but its intended meaning is clear. it always refers to the murder of one person by one or more people.

The one exception to Luke’s typical use of ἀναιρέω is Acts 7:21.

Acts 7:21 When he was put outside, Pharaoh’s daughter took him away and raised him as her own son.

Here, the context shows that Pharaoh’s daughter did not kill Moses, but adopted him, to raise him as prince of Egypt. But this exception does not change the obvious meaning of ἀναιρέω in all the other passages in Acts.

In fact, ἀναιρέω is so obviously a reference to murder in Acts that most translators do not even give their readers a chance to misunderstand it.

So, as I was saying, Gamaliel about two false Messiahs who were killed. In verse 36, he says that Theudas was “taken out” and in verse 37 he says that Judas of Galilee “also was destroyed (ἀπόλλυμι), and all his followers were scattered.” His use of the contraction κἀκεῖνος (a combination of καί (also)+ἐκεῖνος (that one)) emphasizes the fact that Judas is added to the list of those killed. Thus it is clear that Luke is using ἀπόλλυμι as a synonym for ἀναιρέω, and that both words imply actual death, not suffering for eternity.

The one other instance of ἀπόλλυμι in Acts is in a somewhat different context, but not completely different.

Acts 27:33-34 When it was about daylight, Paul urged them all to take food, saying, “Today is the fourteenth day that you have been waiting and going without food, having eaten nothing. So I urge you to take some food. You see, this is for your rescue, since not a hair from your head will be destroyed.”

Paul is not referring to hairs on his shipmates heads being murdered. But he is saying that if they follow his instructions, they can avoid personal destruction. He is certainly not saying that if they disobey him, the hairs on their heads will suffer perpetual torment. The basic meaning of ἀπόλλυμι is to destroy. In both Acts 5 and 27, the form of the word is middle voice, which “has the force of a passive”3 for this word. So it refers to a person or force acting upon a person or substance to cause destruction. As these case studies show, there is no hint that the word can refer to enduring pain throughout eternity.

2The meaning of “apollumi” in the Synoptic Gospels

3Wallace, Greek Grammar Beyond the Basics, 416.