You are here: Home / Theology / Evangelical annihilationism / day of wrath 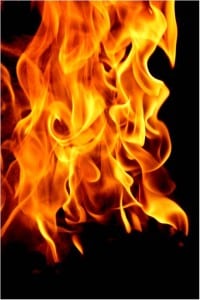 In “day of wrath” Jefferson Vann concludes on the basis of Romans 2:5 that God has not yet poured out his wrath on anyone.

Today I just want to share a few thoughts based on Romans  2:5.“But because of your obstinacy and your unrepentant heart, you are storing up wrath for yourselves in the day of wrath, when God’s righteous condemnation is going to be revealed!”

The biblical doctrine of hell can be expressed as the answer to three specific questions:

1. What is the nature of hell?
2. Who will experience hell?
3. When will hell happen?

There has been some discussion in the past few years about whether Jesus suffered hell for us on the cross. The discussion is applicable because it addresses all three questions.

There are a number of passages which should be consulted to find a biblical answer to that discussion, and this verse is among them. I would like to present this verse as part of my case that Jesus did not suffer the wrath of God on the cross. The passage gives us a clear indication of when the wrath of God will be experienced.

Paul’s argument in Romans 2 is that merely having the law is not enough to save anyone, because God will judge everyone on the basis of their works, and all of us stand condemned on that basis. Hell is coming for everyone who sins, regardless of how religious they are.

Paul will go on in chapter 3 of Romans to explain that since we are all condemned already — since we are all sinners — we have to trust in Christ alone for our salvation, because only Christ brings justification and redemption.

In 2:5, Paul is addressing those who condemn others for their sinfulness, but refuse to admit that they too are sinners in need of God’s remedy — Christ’s death on the cross. The verse speaks about the coming day of wrath in which God’s condemnation will be revealed.

There is no indication in this verse that the wrath of God has already been poured out on anyone — not even Christ on the cross. Instead, God is patiently reserving his just judgment of everyone until the judgment day — which is decidedly in the future.

But didn’t Paul already say that “God’s wrath is now being revealed from the sky against human ungodliness and unrighteousness” (Romans 1:18)? Yes, but there is a difference between revealing God’s wrath and experiencing it. Paul taught in Romans 1 that those who will eventually experience God’s wrath on judgment day have a number of tells which show that they are destined for that wrath. These tells are not the wrath itself, but evidences in their lives that they will suffer that wrath in the future. The tells include:

The tells do not mean that God is already condemning everyone who dies to an eternity of suffering. They are indications that a day of wrath is coming in which God will condemn everyone who is not saved. But instead of the wrath of God, we are all now experiencing his “kindness, forbearance, and patience” (2:4) because he wants us all to repent so that we never have to experience that coming wrath!

Those who live the immoral lifestyle described in Romans 1 are not presently in hell, but their open sinful rebellion against God indicate that they deserve God’s wrath when it comes.

It appears that Paul borrowed the phrase “day of wrath” from the prophet Zephaniah.

Zephaniah was predicting a temporal judgment upon Judah, but the language he used looked beyond that. Several New Testament authors pick up on some of that language in their description of the final judgment of the lost in Gehenna.

What Zephaniah saw coming on a national level, these New Testament authors understood was also going to happen on a cosmic level. They anticipated a coming day of violent wrath which would end in the complete destruction of the wicked.

So, Romans 2:5 in its canonical context provides an answer to the three doctrinal questions about Gehenna hell:

1. What is the nature of hell?

Hell is a coming day of God’s righteous condemnation — resulting in violent wrath which will end in the complete destruction of the wicked.

2. Who will experience hell?

The wicked are under God’s righteous condemnation, so they will experience destruction in hell, and the saved will be rescued, so that they will not have to experience it.

3. When will hell happen?

There will be a coming day of wrath in which God will condemn all those who are not rescued by repentance and faith in Christ. Hell is not happening today — not even to the dead. Instead, God’s wrath is being stored up, and we are presently experiencing his “kindness, forbearance, and patience” (2:4).

Romans 2:5 does not provide a complete answer to that question, but it is a good place to start.

First, the day of wrath that Zephaniah described was a day of destruction which would bring the evildoers of Judah to a complete end. There was no eternal torment implied. When the New Testament authors borrowed the language from the prophet, they did so knowing full well that it was the language of violent destruction.

What Christ had to experience on the cross was a sacrificial death. If he had not died on that cross, we would still be in our sins, and we would still be storing up wrath for ourselves in the day of wrath, when God’s righteous condemnation is going to be revealed!

Think about the analogy of a sacrificial lamb. Does a lamb have to suffer torment in order to qualify as a sacrifice? No, in fact the Jews went to great links to slaughter their sacrificial animals in the most humane way possible, in order to cause the least amount of suffering. It is not suffering that atones for sin, but death. The worshiper cherishes his lamb, he does not pour out his wrath on it.

The Day of God’s wrath has not happened yet. We are living in the age of God’s grace, which is manifested by his kindness, not his condemnation — his forbearance, not his fire, and his patience, not his punishment. Instead of pouring out his wrath on his Son, the Father lovingly provided his Son as a substitute, putting him to death on the cross, so that he could rescue some of us from the penalty of our own sins.

See also:The Bible versus The Traditional View of Hell

the wrath to come

Fire and Flood: How the New Testament Uses the First Testament to Teach on Final Punishment

Reading Romans Again – as a conditionalist

In the Day Genesis 2:17 – Conditional Immortality- The penalty for Adam’s Sin was literal death

having life, or awaiting wrath

Anything but the blood of Jesus: How (some) traditionalists downplay the death of Christ

Death not Life – The Doctrine of Destruction Established

the purpose of hell

The Mortality of Jesus

the Lamb has arrived

The End of the Wicked

What is the Fate of the Wicked?