You are here: Home / Bible / Old Testament / lived and died 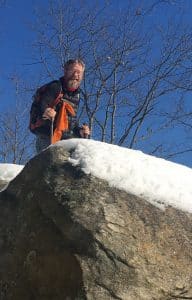 In “lived and died” Jefferson Vann shows that none of us is immortal by nature. Only through Christ and his resurrection will we be able to achieve immortality.

25 And Adam was intimate with his wife again, and she gave birth to a son and called his name Seth, for she said, “God has provided for me another child in place of Abel, because Cain killed him.”

26 To Seth also a son was born, and he called his name Enosh. At that time people began to call upon the name of the LORD.

5:1 This is the book of the lives of Adam and his descendants. When God created a human, he made him in the likeness of God.

2 He created them male and female, and he blessed them and named them humanity when they were created.

3 When Adam had lived 130 years, he fathered a son in his own likeness, after his image, and named him Seth.

4 After he fathered Seth, the days of Adam were 800 years; and he had other sons and daughters.

6 When Seth had lived 105 years, he fathered Enosh.

7 After he fathered Enosh, Seth lived 807 years and had other sons and daughters.

9 When Enosh had lived 90 years, he fathered Kenan.

10 After he fathered Kenan, Enosh lived 815 years and had other sons and daughters.

The tragic history of humanity begins. Even the line of Seth – the line through which Eve would bring us the Messiah – is a record of mortals with temporary lives. Some of these people lives almost 1000 years, but from the standpoint of God’s eternity, these lives are desperately short. Our “normal” threescore and ten is ridiculously short. People may talk all they want about achieving immortality through their work, or their influence, or – as Eve did, through her children. But when it comes right down to it, we all want to (to quote Woody Allen) “achieve immortality by not dying.” But we do not have that choice. Only through Christ, and the resurrection he promises – will we be able to overcome our mortality.

LORD, thank you for providing for Eve a child who will stop the terrible cycle that always ends in death. Thank you for Jesus Christ.