You are here: Home / Bible / Old Testament / Machpelah and the intermediate state 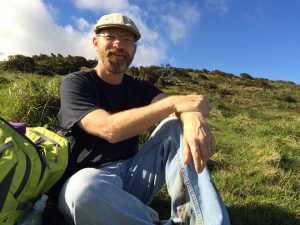 In “Machpelah and the intermediate state” Jefferson Vann shows that the doctrine of a conscious existence after death is not taught in the Old Testament.

29 Then he commanded them and said to them, “I am to be gathered to my people; bury me with my fathers in the cave that is located in the field of Ephron the Hittite,

30 in the cave that is in the field at Machpelah, to the east of Mamre, in the land of Canaan, which Abraham purchased with the field from Ephron the Hittite to possess as a burying place.

32 the field and the cave that is in it were purchased from the Hittites.”

33 When Jacob finished commanding his sons, he drew up his feet into the bed and expired and was gathered to his people.

50:1 Then Joseph fell on his father’s face and wept over him and kissed him.

2 And Joseph commanded his servants the healers to embalm his father. So the healers embalmed Israel.

4 And when the days of mourning for him were past, Joseph spoke to the household of Pharaoh, saying, “If now I have found respect in your eyes, please appeal to Pharaoh on my behalf, saying,

5 My father made me swear, saying, ‘I am about to die: in my tomb that I hewed out for myself in the land of Canaan, there shall you bury me.’ Now therefore, let me please go up and bury my father. Then I will return.”

6 And Pharaoh replied, “Go up, and bury your father, as he made you swear.”

7 So Joseph went up to bury his father. With him went up all the servants of Pharaoh, the elders of his household, and all the elders of the land of Egypt,

8 as well as all the family of Joseph, his brothers, and his father’s family. Only their children, their flocks, and their herds were left in the land of Goshen.

9 And both chariots and horsemen went up with him. It was a very large group.

10 When they came to the threshing floor of Atad, which is beyond the Jordan, they lamented there with a very loud and grievous lamentation, and he mourned for his father seven days.

11 When the inhabitants of the land, the Canaanites, saw the mourning on the threshing floor of Atad, they said, “This is a grievous mourning by the Egyptians.” This is why the place was named Abel-mizraim; it is beyond the Jordan.

12 Thus his sons did for him as he had commanded them,

13 because his sons carried him to the land of Canaan and buried him in the cave of the field at Machpelah, to the east of Mamre, which Abraham bought with the field from Ephron the Hittite to possess as a burying place.

14 After he had buried his father, Joseph returned to Egypt with his brothers and all who had gone up with him to bury his father.

Machpelah and the intermediate state

There are two major metaphors which originate in the Old Testament and speak to the issue of the intermediate state. One speaks of the dead person being gathered to his or her people (relatives, regardless of whether they were saved or not). The other speaks of that person lying down or sleeping or resting with those same relatives. When these two expressions are combined, they help establish a basis for some theological principles about what happens at death.

1) All who die go to the same place. Death is not a place of judgment. It is a state where one is reduced to the same status as one’s ancestors. This does not preclude a day of judgment later, but neither does it establish that judgment is taking place during the intermediate state. Judgment day will take place “after this.”[1]

3) The hope of the believer is found in neither of these realities, but looks beyond them. To be true to the scriptures, the believer does not look forward to death or the intermediate state. The believer anticipates the resurrection, just as someone who lies down and sleeps looks forward to the morning light.

Jacob’s desire to be buried at Machpelah, together with the fact that he was gathered to his people the moment he died, tells us that his hope was that he would be raised from that grave. His hope looked squarely into the reality of death, and did not deny it. But

his destiny was the same as ours: to be raised to life again by Jesus.

LORD, give us the maturity to face the reality of our own mortality, but also the faith to trust in Jesus to open the grave for us. He has the keys.