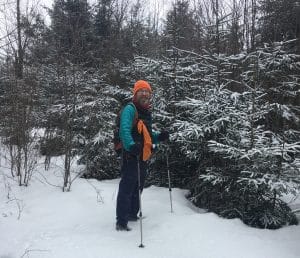 In “preventing Immortality” Jefferson Vann explains why God does not want us to live forever without the redemption he offers through Jesus.

22 Then the LORD God said, “See, the man has become like one of us in knowing good and evil. Now, to prevent him reaching out his hand and taking also of the tree of life and eat, and living forever-”

23 therefore the LORD God sent him out from the garden of Eden to work the ground from which he was taken.

24 He drove out the man, and at the east of the garden of Eden he placed the cherubs and a flaming sword that turned each way to prevent access to the tree of life.

4:1 Now Adam was intimate with Eve his wife, and she conceived and bore Cain, saying, “I have gotten a man with the help of the LORD.”

2 And again, she bore his brother Abel. Now Abel was a keeper of sheep, and Cain a worker of the ground.

3 In the course of time Cain brought to the LORD an offering of the fruit of the ground,

4 and Abel also brought of the firstborn of his flock and of their fat portions. And the LORD had regard for Abel and his offering,

5 but for Cain and his offering he had no regard. So Cain was very angry, and his face fell.

6 The LORD said to Cain, “Why are you angry, and why has your face fallen?

7 If you do well, will you not be accepted? And if you do not do well, sin is crouching at the door. Its desire is for you, but you must rule over it.”

8 Cain called for Abel his brother. And when they were in the field, Cain rose up against his brother Abel and killed him.

9 Then the LORD said to Cain, “Where is Abel your brother?” He said, “I do not know; am I my brother’s watcher?”

10 And the LORD said, “What have you done? The voice of your brother’s blood is crying to me from the ground.

Abel died at Cain’s hand because he was not immortal. His parents had decided to transgress God’s command in the garden, so the LORD had to take away from them and their children access to the tree of life. Our heavenly Father wants us to live with him forever, but not in our present, broken, rebellious state. So, he has blocked access to eternal life through the tree of life. Now, only through the sacrificial death of Christ is eternal life possible. Abel’s offering from his flock was a symbol of this second chance.

LORD, thank you for the second chance at life you have offered humanity, through your Son, the Lamb.