You are here: Home / Key Articles / Absent from the body 2 Corinthians 5:8

Jefferson Vann explains that Paul looks forward to be absent from the body, his (present suffering, mortal) body and to be at home with the (returned, triumphant, sovereign) Lord.

1 For we know that if the tent, which is our earthly home, is destroyed, we have a building from God, a house not made with hands, eternal in the heavens. 2 For in this tent we groan, longing to put on our heavenly dwelling, 3 if indeed by putting it on we may not be found naked. 4 For while we are still in this tent, we groan, being burdened–not that we would be unclothed, but that we would be further clothed, so that what is mortal may be swallowed up by life. 5 He who has prepared us for this very thing is God, who has given us the Spirit as a guarantee. 6 So we are always of good courage. We know that while we are at home in the body we are away from the Lord, 7 for we walk by faith, not by sight. 8 Yes, we are of good courage, and we would rather be away from the body and at home with the Lord. 9 So whether we are at home or away, we make it our aim to please him. 10 For we must all appear before the judgment seat of Christ, so that each one may receive what is due for what he has done in the body, whether good or evil.

This is one of those passages that has been so hijacked by traditionalist thought that the wording appears to reject much of what the same author (Paul) says elsewhere. Before addressing 5:8 itself, it is helpful to review the theology of 2 Corinthians 5:1-10, to see that it is consistent.

What Paul believed about the Resurrection

Paul is not saying that he has mortality (the tent) and immortality (the eternal house) at the same time. The reason he groans (v2) is that he only has this present mortal body, which suffers persecution and hardship, shipwrecks, floggings, etc. He is longing to put on that heavenly dwelling. Here Paul mixes the building metaphor with that of putting on clothing. Paul had used that metaphor in his previous letter to Corinthians, where he was addressing the same subject: the resurrection.

The translators have added the word “body” to the text, but it would be just as appropriate to supply the word “me” instead. It would then read “For this perishable me must put on the imperishable, and this mortal me must put on immortality. When the perishable me puts on the imperishable, and the mortal me puts on immortality, then shall come to pass the saying that is written: “Death is swallowed up in victory.” Paul is talking about the future when Christ comes to give him the immortality he promised. He is longing for that time, not the intermediate state. He is looking forward to life, not death. In this present life he expects to continue to groan, being burdened (v4).

With this promise of the resurrection in mind, he considers his present state in the (mortal) body. He does not feel at home. He feels away from the Lord. He would rather be away from his mortal body, and at home with the Lord (8), but that is not his choice. As long as Christ tarries, he makes it his aim to please the Lord (v9). He knows what is done in this life matters because Christ is going to judge and reward when he comes (v10).

In summary, in 1 Cor. 5:1-10 Paul argues that the resurrection is essential because believers do not yet have the eternal, immortal existence that God promised them.

What Paul believed about the Second Coming. 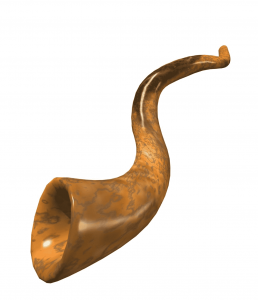 The second coming of Christ is the event Paul has in view. The building from God is in the heavens. The only way Paul is going to experience it is for Christ to come down to earth and bring it with him. When Jesus ascended, angelic messengers told the disciples that Jesus would come back in the same way that they saw him ascend: literally, physically (Acts 1:10-11). They did not promise that the disciples would see Jesus before that event. Paul, likewise, expected the second coming to be the next time he would see Jesus. Paul said “For the Lord himself will descend from heaven with a cry of command, with the voice of an archangel, and with the sound of the trumpet of God. And the dead in Christ will rise first. Then we who are alive, who are left, will be caught up together with them in the clouds to meet the Lord in the air, and so we will always be with the Lord” (1 Thess. 4:16-17). That was his hope.

It was at the second coming that Paul expected to get his new house, his heavenly dwelling (v2). He talked about “what is mortal” being “swallowed up by life” (v4). He had previously told the Corinthians that this transformation would happen “in a moment, in the twinkling of an eye, at the last trumpet. For the trumpet will sound, and the dead will be raised imperishable, and we shall be changed” (1 Cor. 15:52). The heavenly dwelling that Paul expected was not a disembodied existence, but a resurrected life. This could not happen at death. It required the second coming of Christ.

Paul is walking by faith, not by sight (7). He is not relying on what some Greek philosopher has told him about human nature. He is trusting in Jesus, that he will keep his promise. By faith, he lets the Holy Spirit inside him operate. That Holy Spirit is the guarantee of what is to come (v5), not what Paul already possesses. If Paul got what he wanted, he would be “at home with the Lord” (v8). But if Christ does not come in his lifetime, he is willing to remain “at home in the body” until he does.

What Paul believed about the intermediate state:

He is not looking forward to being away from the body

Thus, there is only one thing that being unclothed could mean: the intermediate state.

Paul does affirm a judgment after death, but it is the “judgment seat of Christ” (v10). Christ does not judge anyone during the intermediate state. He will raise the dead and then judge them. He will judge the living and the dead at the same time (Acts 10:42). This will happen only after Christ returns (Rev. 20:12-13).  Humanity is right to expect a judgment of raging fire that will consume the enemies of God (Heb. 10:27). But that judgment will not occur during the intermediate state. Paul taught that the judgment is an event yet to come (Acts 24:25). It is not going on now.

What Paul does look forward to is the second coming, when Paul will be both away from his (present suffering, mortal) body and at home with the (returned, triumphant, sovereign) Lord.