You are here: Home / Key Articles / Are there degrees of hell? 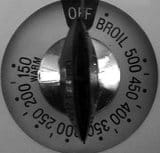 Even among those who believe in conditional immortality, some say the New Testament teaches that there will be degrees of suffering in hell throughout eternity. In the traditional vision of hell as a torture chamber of fire and sulphur, you could think of some people being roasted at 500 degrees Celsius, while others are merely blistering at 100, repulsive though it is to imagine either scenario. In more recent, milder descriptions perhaps people might think of deeper levels of remorse or mental anguish, and perhaps a century from now it will be expressed in terms of some people feeling more angsty or bummed out than others. The point is, although hell is posted as the worst possible state that a person can find themselves in, there will still be some people in hell who can correctly say “things could be worse I suppose.”

Some annihilationists have sought to show that their position can be accommodated to the view that there will be degrees of punishment in hell, without necessarily committing themselves to that view. Henry Constable in the late nineteenth century noted that the annihilationist view “affords ample room” for such degrees, while Edward Fudge has said (and I have had the fortune of hearing him speak in person where he affirmed this) that his view allows for the possibility of protracted suffering prior to annihilation, enabling degrees of punishment. I actually think that my fellow annihilationists are mistaken to grant this much. After all, if we are serious when we say that our position is grounded, in part at least, on the repeated biblical emphasis on the fact that the wages of sin is death, then what are we doing when we talk about people being “punished” with torment prior to the end of their lives? The punishment is not suffering. The punishment is the loss of life. If we talk about people being punished appropriately and then destroyed, we’re in trouble, because the Bible refers to eternal punishment. If death is the punishment, then the fact that the punishment s eternal is no barrier to annihilationism at all.

But I digress. The question I really wanted to raise here in order to show that this argument against annihilationism lacks any teeth, to begin with, is to ask: Does the Bible ever really say this? Do the biblical writers ever clearly say that the punishments of hell are graded so that some receive a more awful punishment than others?

Are punishments of hell are graded?

I think – and I am fairly confident that traditionalists will join me here – that the one text of Scripture that traditionalists regard as the clearest (and perhaps the only) indicator of this belief is Luke 12:47-48, and the conclusion of the story of the wedding feast. Here is that parable of Jesus in full:

“Stay dressed for action and keep your lamps burning, and be like men who are waiting for their master to come home from the wedding feast, so that they may open the door to him at once when he comes and knocks. Blessed are those servants whom the master finds awake when he comes. Truly, I say to you, he will dress himself for service and have them recline at table, and he will come and serve them. If he comes in the second watch, or in the third, and finds them awake, blessed are those servants! But know this, that if the master of the house had known at what hour the thief was coming, he would not have left his house to be broken into. You also must be ready, for the Son of Man is coming at an hour you do not expect.”

Peter said, “Lord, are you telling this parable for us or for all?” And the Lord said, “Who then is the faithful and wise manager, whom his master will set over his household, to give them their portion of food at the proper time? Blessed is that servant whom his master will find so doing when he comes. Truly, I say to you, he will set him over all his possessions. But if that servant says to himself, ‘My master is delayed in coming,’ and begins to beat the male and female servants, and to eat and drink and get drunk, the master of that servant will come on a day when he does not expect him and at an hour he does not know, and will cut him in pieces and put him with the unfaithful. And that servant who knew his master’s will but did not get ready or act according to his will, will receive a severe beating. But the one who did not know, and did what deserved a beating, will receive a light beating. Everyone to whom much was given, of him much will be required, and from him to whom they entrusted much, they will demand the more.

Before I explain why this passage offers no support for the notion of graded suffering in the world to come, let me first put it beyond all doubt that this is the normal way that traditionalists use this passage.

Harry Buis made the claim in his widely cited book The Doctrine of Eternal Punishment:

In the Parable of the Waiting Servants, we read “And that servant who knew his lord’s will, and made not ready, nor did according to his will, shall be beaten with many stripes; but he that knew not, and did things worthy of stripes, shall be beaten with few stripes. And to whosoever much is given, of him shall much be required: and to whom they commit much, of him will they ask the more” (Luke 12:47-48). This illustrates the principle that there are various degrees of punishment depending on the degree of knowledge of God’s will.1

Like most of his arguments, Buis provides no detail, no explanation, just a citation of the text and a short conclusion, but nonetheless it is clear what he is getting at. In context he is talking about “hell,” and he is claiming that this text indicates that there are degrees of punishment in hell.

John Walvoord in Four View on Hell regarded the evidence as conclusive: “Jesus also indicated that punishment in hell would be by degrees, depending on their understanding of the will of their master.”2

Larry Dixon briefly makes the same claim about Luke 12:17-48, saying that it teaches “degrees of punishment at the judgment”3.

Almost surprisingly (in my view), New Testament scholar Craig Blomberg agrees with these assessments and says, “These verses (Lk. 12:47-48) rank among the clearest in all the Bible in support of degrees of punishment in hell.”4
Enough examples – there are more out there, but this is enough to show the pattern of interpretation. This text, many believe, is the best evidence in the Bible for the view that there are degrees of punishment in hell. I submit that without this verse, any secondary biblical texts that people might refer to would, on their own, be deemed clearly inadequate to make the case. This passage is the clincher.

Luke makes no references to hell or the judgement

There’s just one problem, and this is a question that appears to be overlooked altogether by traditionalist readers of this passage: Nobody has ever attempted to present any evidence that this passage has anything whatsoever to do with the last judgement or with hell. What’s more, it’s not clear what sort of evidence somebody would offer if they were to make this attempt. Two of the synoptic authors had their own specific way of referring to the future day of judgement. Matthew uses the more specific “the day of judgement,” and refers to it more than the others. However, Luke still does use “the judgement” when relating some of those sayings in Matthew. But Luke does not use that phrase here in chapter 12. He does even use the word judgement. Granted, there are multiple references to God’s judgement in the Gospels that are not references to the last judgement, but the point is just that the specific terminology of the day of judgement is not used at all here in this story.

Luke’s Gospel contains only one use of Gehenna, the term translated “hell” in reference to final punishment (12:5). But it is not used anywhere else in chapter 12. In fact, Luke 12:47f does not appear to contain any linguistic clues that we are looking into the far flung future at the last judgement at all.

A warning for Israel

Some might point to the reference to the coming of the Son of Man and assume that this shows that this story is indeed about the future second coming of Christ. But this is far too hasty. The coming of the Son of Man to his house, where his own servants are supposed to be watching over it but who have instead been neglecting it and mistreating the Master’s faithful servants – this has all the hallmarks of Jesus’ teaching about his arrival on the stage of history in Israel in the first century. It is remarkably similar, for example, to the parable of when wicked vinedressers in Matthew 21:33ff. There, the workers in the vineyard mistreat the servants that the master sends into the vineyard, eventually killing even the son of the master. The master responds by executing those employees, and announcing that the vineyard (representing God’s kingdom) will be taken from them and given to others. Here we read that the chief priests and the Pharisees realised “that he was speaking about them,” and not a future scenario.

Frequently we read in the teaching of Jesus cryptic references to the fact that Israel bore a greater burden of responsibility to respond faithfully to him now that he had come. They had the revelation of God, the law, and it was to them that the prophets had been sent, and yet in spite of all this, they rejected the Son of Man when he came to the house of Israel. Even in this context in Luke there are a couple of rather clear warnings about Israel being ready (or as the case may be, not ready) for the fact that the Son of Man has now arrived but Israel is neither ready nor doing the business of the Father – and nor are they prepared for the disaster that is about to befall them. In 12:54ff he chides the people for being able to interpret the weather but not the signs of times.

Not only is there no indication that Jesus is talking about the last judgement and eternal punishment, there is every reason to think that he is speaking of the impending doom that is about to befall the nation of Israel, as it did in the years leading up to AD70 in the war with Rome, resulting in the utter devastation of Jerusalem and its temple. The reason they suffered “many stripes” as the older versions read, is because the will of their master had been revealed to them, but they did not do it.

The question of the severity of the torments of hell simply never enters the picture at all in Luke 12, unless we are already looking intently for it. So there is certainly no foothold here for an objection to the biblical teaching that eternal life in any form is found only in Christ, and that without him we will literally perish.

Dr. Glenn Peoples runs Right Reason, a popular blog featuring the Say Hello to my Little Friend podcast on theology, philosophy and social issues. You can also find him at Rethinking Hell