You are here: Home / Archives for Tarnya 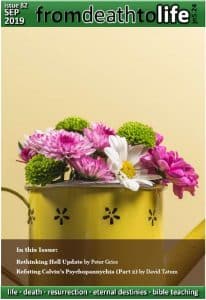 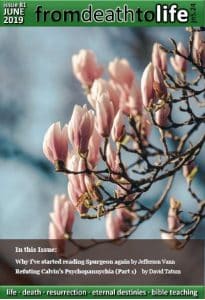 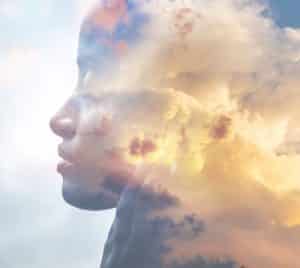 Material Salvation What difference does it make when we recognise that we are mortal? These days an increasing number of Evangelical Biblical scholars recognise that human beings are material and mortal creatures. In this Conference Talk, we will explore the difference it makes when we acknowledge this important Scriptural truth. Recovering a biblical view of humanity … END_OF_DOCUMENT_TOKEN_TO_BE_REPLACED 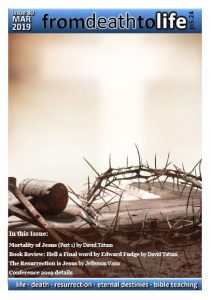 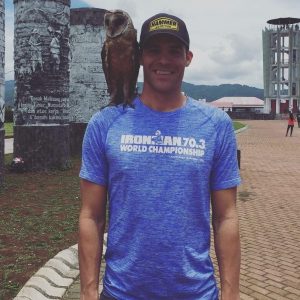 David Tatum is currently the worship pastor for Valley Friends Church in Fresno, Ca. He received his BA in Philosophy and Theology from Point Loma Nazarene University and went on to get his Masters in Divinity at Nazarene Theological Seminary. He has been a pastor and educator in Christian education for the last 15 years. He is the proud father of three children and competes … END_OF_DOCUMENT_TOKEN_TO_BE_REPLACED 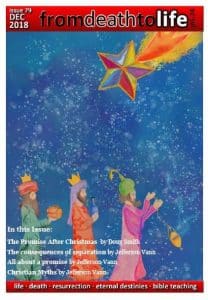 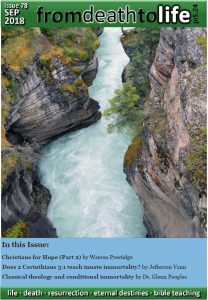 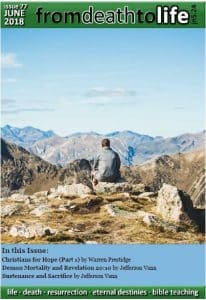 Edward Fudge writes Recently I was invited to be the guest for an hour on the Eric Metaxas radio talk show, broadcast nationwide. The interview aired yesterday, Wednesday, April 19, in the second hour. Eric was kind, courteous, and sincerely interested in the topic. He was also well-prepared, asked me about Hell and Mr. Fudge movie, and apparently had read rather broadly … END_OF_DOCUMENT_TOKEN_TO_BE_REPLACED 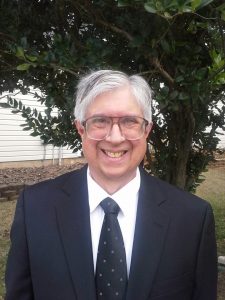